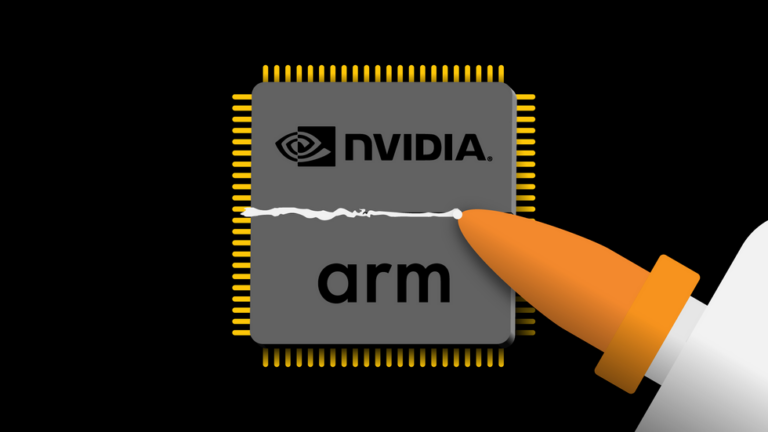 The Federal Trade Commission has filed a lawsuit to prevent Nvidia’s $40 billion acquisition of Arm from going forward, citing fears that the merged businesses would “stifle competitive next-generation technology.” Following objections from Google, Microsoft, and Qualcomm shortly after the merger was revealed, the FTC launched a probe into the agreement.

The proposed agreement, according to the FTC, would give one of the major chip firms control over computing technology and designs that competitors use to produce their own competitive processors.

After meeting opposition from the chip industry, the merger was largely expected to fall apart. Last month, British authorities announced that they will open an in-depth investigation of the purchase, which is also being scrutinised by the European Union.

Arm licences its chip design and blueprints to key chipmakers like as Apple Inc, Qualcomm Inc, and Samsung Electronics Co Ltd, ensuring that the worldwide smartphone ecosystem is supported. In 2016, Arm was sold to SoftBank of Japan.

Nvidia said it would “work to demonstrate that this transaction will benefit the industry and promote competition.”

Since its announcement in September 2020, the stock-heavy agreement has more than doubled in value, owing to Nvidia’s strong data centre performance. If the acquisition falls through, Nvidia will only owe a $1.25 billion breakup fee, and its stock rose 2.2 percent to $321.26 on Thursday.

“Nobody thinks the deal is going to close,” said Stacy Rasgon, an analyst with Bernstein. “The data center story has been really playing out. The software narrative has become a bigger piece of the story. I would love to see this deal, but I don’t think they need it.”

Softbank had planned to file for an initial public offering for Arm before Nvidia’s offer. While Arm’s revenue is increasing rapidly, up 56.3 percent to $1.46 billion in the six months ended Sept. 30, it’s uncertain whether the company’s IPO would bring anything near Nvidia’s $80 billion valuation.

That would be a further setback for the Japanese company, whose Vision Fund holdings fell by $10 billion last month due to falling values for investments in Alibaba and Didi Global Inc., both of which are based in China.

The Federal Trade Commission, which consists of two Republicans and two Democrats, voted 4-0 to approve the challenge to the planned merger.

The FTC alleged “the proposed merger would give Nvidia the ability and incentive to use its control of this technology to undermine its competitors, reducing competition and ultimately resulting in reduced product quality, reduced innovation, higher prices, and less choice, harming the millions of Americans who benefit from Arm-based products.”

The FTC added the combined firm “would have the means and incentive to stifle innovative next-generation technologies, including those used to run datacenters and driver-assistance systems in cars.”

Some chip companies have expressed support for the merger, including MediaTek Inc and Broadcom Inc. Other companies, like as Qualcomm, are opposed to it because they are concerned that Nvidia would get an early peek at crucial technology that they rely on, giving them a greater understanding of their future goods.

Jensen Huang, the CEO of Nvidia, said last month at an industry dinner that Qualcomm Chief Executive Cristiano Amon, who recently accepted the chair of an industry trade body, had proven to be a skilled champion in the Arm war. Qualcomm fought numerous skirmishes with international authorities, including the FTC, which Qualcomm won when the commission filed an antitrust complaint against it.