Coinbase has recently made an announcement that it will give blockchain analytics tools to the U.S. Homeland Security Immigration and Customs Enforcement division. The crypto exchange has also offered software to the US Secret Service and the Department of Homeland Security.

According to the Federal Procurement Data System, the Immigration and Customs Enforcement branch of the United States Department of Homeland Security awarded Coinbase a $1.36 million contract for “business application” and “application development software.” 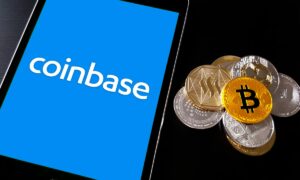 This is Coinbase’s largest federal contract to date. The agreement, which was inked on Thursday, is valued around forty times more than Coinbase’s previous contract with the Department of Homeland Security.

The ICE paid Coinbase $29,000 for forensics software on August 9 of this year. The contract came into official existence on the grounds that it is “the only vendor who can reasonably supply the services that are of the agency’s requirement,” according to a document.

There are little details about what the ICE wants Coinbase software for. “This demand is LAW ENFORCEMENT SENITIVE[sic], so minimal information will be released publicly,” the same paper continues.

ICE isn’t the first government body to turn to Coinbase for help. Coinbase said last year that it wanted to sell analytics tools to two US government agencies: the Drug Enforcement Administration and the Internal Revenue Service.

The IRS stated it may utilise a variety of analytics technologies, including “Coinbase Analytics,” formerly known as Neutrino, to find blockchain-savvy tax evaders. Neutrino came in the acquisition of Coinbase in 2019 for $13.5 million.

Neutrino members had a link to an Italian firm called Hacking Team, which supplied malware to autocratic countries in Saudi Arabia, Sudan, and Venezuela, therefore it was a contentious acquisition at the time.

The federal government is now inking multimillion-dollar deals with Coinbase. Move over, Chainalysis: the US government may have found a new blockchain favourite.

Last year, Coinbase attempted to sell blockchain analytics software to two federal entities in the United States. According to documents available to the public.

The Drug Enforcement Administration (DEA) and the Internal Revenue Service (IRS) planned to buy licences from Coinbase for an analytics platform named Coinbase Analytics, according to records uncovered by The Block. The IRS and the DEA both released documents connected to their acquisitions in April and May, respectively.

In particular, the IRS document establishes a link between Coinbase Analytics and Neutrino. An intelligence firm that Coinbase controversially acquired in 2019. Due to its founders’ participation with the Italian spyware firm Hacking Staff, the acquisition sparked controversy. Coinbase eventually announced that it will split ways with team members involved with Hacking Team.