Bloomberg News reported on Friday that US investigators are looking into possible insider trading and market manipulation at Binance, potentially adding additional heat to the cryptocurrency exchange that has come under regulatory scrutiny in a number of nations.

Authorities are investigating whether Binance or its employees benefitted from exploiting its clients, Bloomberg said, citing sources familiar with the situation. 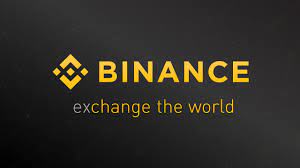 “At Binance, we have a stringent ethical code relating to any type of behaviour that could have a detrimental influence on our consumers or industry,” the world’s largest crypto platform stated in a statement.

Financial regulators from the United Kingdom to Germany to Japan have issued warnings and imposed business restrictions on the company, citing concerns about the use of cryptocurrency for money laundering and consumer hazards.

The exchange, whose holding company is based in the Cayman Islands, has reduced its product offers and stated that it wishes to strengthen its regulatory relations.

The investigation is being led by the Commodity Futures Trading Commission (CFTC), which has been reaching out to potential witnesses in recent weeks, according to a Bloomberg report. Binance is not facing any charges of wrongdoing, and the investigations may not result in any official action, according to the report.

A request for comment from the CFTC did not immediately receive the response.

As regulatory pressure builds, here are answers to some crucial questions about Binance, the world’s largest exchange by trading volume.

What is size of binance?

It is, by some accounts, the world’s largest platform. According to data from CryptoCompare, its trade volumes in July were $455 million. Down by nearly a third from a month earlier due to cooling crypto markets. Yet still is the biggest in the world.

Binance also dominates crypto futures trading, with $1.4 trillion in volume in July, accounting for 55% of the total market.

Changpeng Zhao, also known as “CZ,” is the founder and CEO of Binance. Users can access a variety of services on the exchange, including bitcoin spot and futures trading, loans, and non-fungible tokens.

It also hosts a “decentralised” exchange, which allows users to trade with one another directly. Binance Coin, the company’s own cryptocurrency, is the third-largest in the world, with $68 billion in circulation.

Where does it stand?

The corporate structure of Binance is a mystery. According to British court filings and Malaysia’s securities authority, its holding company’s registration is in the Cayman Islands.

Binance is “decentralised,” according to a spokeswoman, and “works with a number of regulated entities around the world.”

It has amassed a sizable global following. With channels on the Telegram social media platform serving consumers from more than 30 countries.

Binance now has over 1,000 open roles on LinkedIn. The roles ranges from the United Kingdom and the Netherlands to Hong Kong, Singapore, and Taiwan.

Binance is being invested by regulators?

Yes, it’s all over the place.

Binance, in the reports was there in violation of anti-money laundering and anti-terrorist funding regulations. The Dutch central bank reported the findings on Monday.

In recent weeks, a number of additional agencies, including those in Japan, the United Kingdom, Germany, Italy, Hong Kong, and Malaysia, have issued warnings against Binance.

The US Justice Department and the Internal Revenue Service are apparently looking into Binance.

The platform has stated that it takes its compliance responsibilities seriously. It also stated that it is committed to adhering to all regulatory standards wherever it operates.