In a historic deal, cab and ride-hailing-service Uber has agreed to recognize the GMB trade union in the UK, and to allow its drivers to join this same. This agreement marks the first deal between a commercial cab-service and a trade union.

Drivers Will Now Be Members of Trade Union 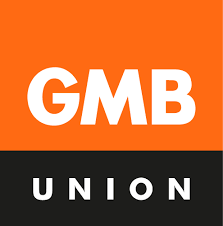 Under the terms of the agreement, the GMB will gain access to the meeting hubs of the drivers, so as to provide support to them. In fact, it will also have the right to represent drivers in case they lose access to the Uber app (that is, are forced to cut ties with the service). Quarterly meetings with the management at Uber will be held, to discuss the issues and concerns of drivers.

Drivers will have to sign up for becoming members of the GMB, so as to avail the benefits of collective bargaining. This deal does not cover the delivery riders under Uber Eats, Uber’s food service branch.

This move comes around 2 months after the ride-service announced a number of moves in favour of its thousands of drivers in the United Kingdom. It had agreed to provide a minimum hourly wage to its 70,000 drivers in the UK, as well as give them a holiday pay and pensions. All this came after the Supreme Court in the UK gave a historic ruling in that direction.

What’s on the Cards

Post this agreement, GMB will most likely be discussing an issue pertaining to the new pay scheme at Uber. The scheme, as per experts, is in contradiction of the Supreme Court’s ruling, which had directed the company to calculate the work time of its drivers from the moment they log into the Uber app, to the moment they log off.

Uber Drivers Are Workers Too

The ‘ruling’ in question had come in February, when the Supreme Court had rejected Uber’s plea against a ruling by an employment tribunal in 2016, which had called for Uber’s employees to be considered as “workers”. The company’s rebuttal had been that its drivers were self-employeed partners, who didn’t classify as workers, and so, weren’t eligible for the basic rights provided to workers.