Delivery apps DiDi and Rappi along with tech giant Uber proposed an offering to the workers. They offered social security benefits to the workers for the first time before the new government bill set to regulate the gig economy in Mexico.

The companies addressed on Wednesday that they were opening the benefits for those drivers and couriers around the city who work for more than 40 hours a week on any one of the platforms or both. This statement was signed by the worker-rights activist groups as well.

The company classified the details to the employees on how the payments towards Social Security costs will be divided among them.

Mexican Labor Minister Luisa Alcalde has said officers are working on a bill that would bring gig workers into the “formal economy,” although the timeline is still unclear.

It is also not predicted if the bill will strive to make drivers employees, or suggest other reforms in line with the apps’ announcement.

Many ridesharing apps and delivery apps around the globe have a strike against the tagline that the workers get. They demanded to be classified as employees rather than independent contractors as the change would affect their business structure and deny drivers flexibility.

“It’s time to take the next step and find a point of consensus … and start improving conditions,” Tonatiuh Anzures, Didi’s government affairs director in Mexico, said in an interview.

“Any changes will depend on further talks and government backing”, Anzures added.

Nicolas Sanchez, Uber’s head of public policy in Mexico, said that he wished that extra costs would be low but Uber was “open to them” if the industry, which confines some 500,000 people, was permitted to retain flexibility.

A few dozen employees honked on motorcycles outside the Mexico City building where the businesses were slated to hold news briefings Wednesday, in what Sergio Guerrero, head of the National Union of Application Workers, called a rally against the companies’ stance.

“To have labor rights, you have to be recognized as an employee,” he said. 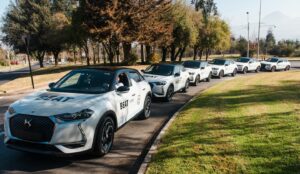 Uber Technologies Inc. is a cab service, ride-hailing, food delivery and mobility, package delivery, couriers, and freight transportation. The company is based in San Francisco, California, US. It was founded by Travis Kalanick, Garret Camp in March 2009, in San Francisco, California. The present CEO is Dara Khosrowshahi. It operates in approx. 72 countries and 10500 cities as of December 2021. It offers different types of riding options from 2-wheelers to luxury premium cars.

But UberX is the most popular and standard service of the company. As of May 2022, it had a 72 market share in terms of ide-sharing and 27% for food delivery. Around the world, it had 122 million active users monthly which generated 21 million trips per day. It generated revenue of $ 17.46 billion as of 2021. It has subsidiaries such as Car next door, Careem, Cornershop, Drizly, Postmates, and Uber Eats.

Rappi is a delivery company which is based in Colombia. It was founded by Juan Pablo Ortega, Sebastian Mejia, Felipe Villamarin, Guillermo Plaza Roche, and Simon Borrero in 2015. It is owned by Rappi, Inc. It generated a revenue of 22 Crores USD as of October 2018. The company is facing numerous lawsuits related to breaches of consumer trust and intellectual property.