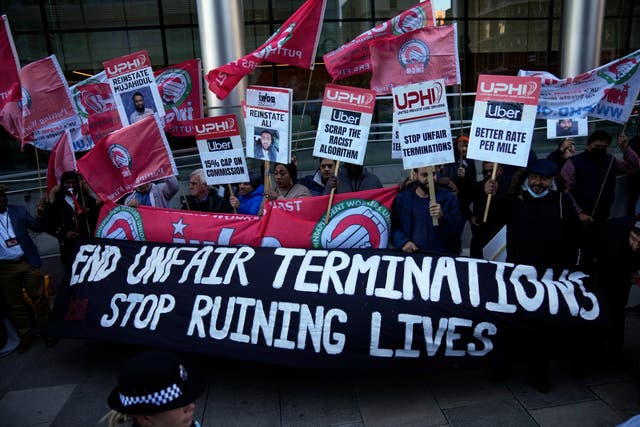 In a legal test case, an Uber driver who lost his job when automatic face-scanning software failed to recognize him accuses the company of indirect race discrimination.

The black driver, who worked on the Uber platform from 2016 to April 2021, has filed an employment tribunal claim saying that his account was unjustly cancelled when the facial-verification software used to authenticate drivers onto the ride-hailing app determined he was not who he said he was.

The Independent Workers’ Union of Great Britain (IWGB), which is supporting the strike, claims that at least 35 other drivers’ Uber registrations have been canceled as a result of suspected technical errors since the outbreak began. It wants Uber to abolish the “racist algorithm” and rehire terminated drivers.

Uber stated that it was “committed to fighting racism and being a champion for equality – both inside and outside our company” and that it “strongly refutes the completely unfounded claims.” The checks were “designed to protect the safety and security of everyone who uses the app by ensuring the correct driver is using their account,” according to the company.

Drivers can opt for human verification of their images, and when technology is used, “there is always a minimum of two human expert reviews prior to any decision to remove a driver,” she says.

Since April 2020, Uber has been using the software. Microsoft, which creates the software, admitted in 2019 that facial recognition software did not operate as effectively for persons of color and could fail to recognize them.

Several studies of face recognition software packages have revealed that error rates when recognizing persons with darker skin are higher than when recognising people with lighter skin, despite the fact that Microsoft and others have been improving performance.

Uber stated that its software does not rely on scanning vast numbers of faces, which has been blamed for introducing mistake. Rather, it compared a previously posted picture of the driver to a newly supplied selfie.

According to a recent TfL poll, nine out of ten private hire drivers in London are black or black British, Asian or Asian British, or mixed ethnicity.

“Uber’s continued use of a facial recognition algorithm that is ineffective on people of colour is discriminatory,” said Henry Chango Lopez, general secretary of the IWGB. “Hundreds of drivers and couriers who served through the pandemic have lost their jobs without any due process or evidence of wrongdoing.”

A Nigerian driver who worked on the Uber Eats network in Manchester until he was banned out in March following numerous failed attempts using facial recognition software, said his family had suffered “severe pain” as a result. 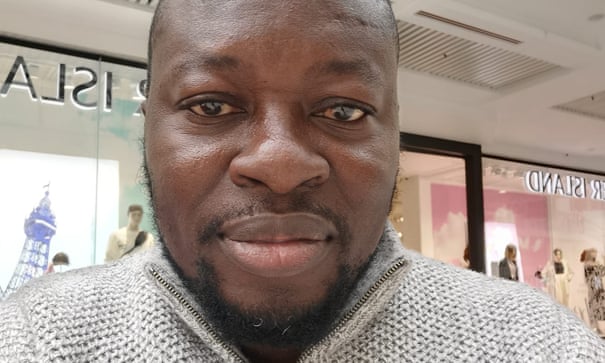 Abiodun Ogunyemi, a married father of three, said he had accumulated so many debts that he couldn’t afford his son’s bus fare to school. He claims the photo on Uber’s database does not show him with the longer hair or beard he now has, but he does have a distinct scar over one eye and the rest of his face is visible.

“I feel the algorithm is discriminatory to people of colour,” he said. “I know about five black people the same thing has happened to.”

Uber stated that anyone who was removed from the platform could appeal the decision, which would be subject to an additional human review.

On April 10, the driver in the test instance, who did not want to be identified, attempted to log on for work by providing a photo via the app, but received a notice from Uber indicating he had failed to authenticate his identity and was locked out of the system for 24 hours. After that interval, he submitted a second photo, which also did not function.

According to his allegation, his account was disabled four days later, and he received a message saying, “Our team performed a comprehensive investigation, and the decision to stop the collaboration has been reached on a permanent basis.” The case will not be reviewed again.”

His case is also supported by Black Lives Matter, which stated, “The gig economy, which already creates immense precarity for Black key workers, is now further exacerbated by this software.”