Why doesn’t James Bond use an iPhone? 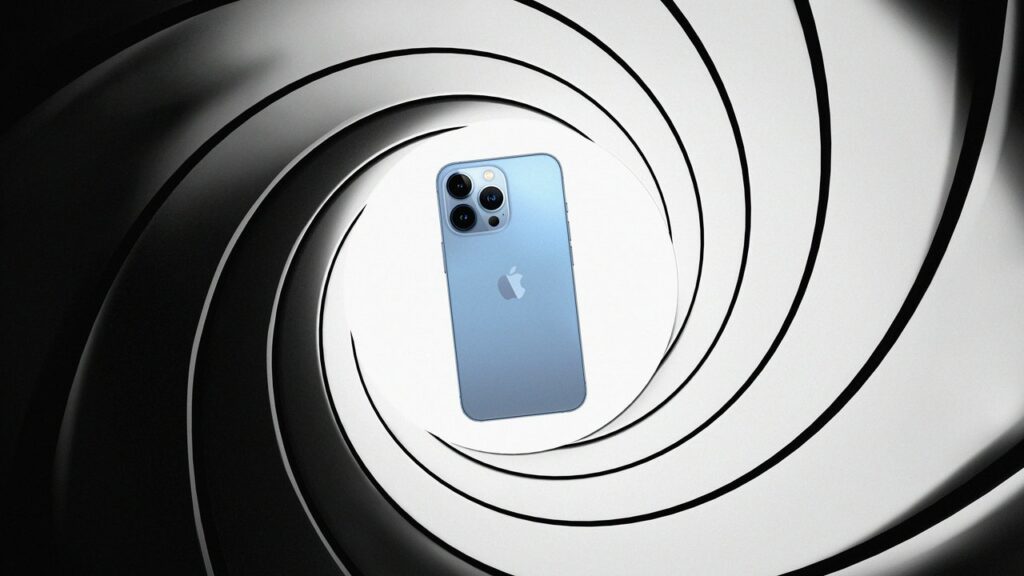 NO TIME TO DIE is here, and many James Bond fans are excited to watch the spy deploy inventive technology to rescue the day. But does he really employ the greatest technology to get the job done? We doubt it. Anyone want a laser Polaroid camera?

Before we get into what competent real-life spies should be utilizing, let’s take a look at what Bond will be employing in his long-awaited next film. The Nokia 3310, Nokia 7.2, and Nokia 8.3 5G will be included in the film as a result of the pandemic’s cinematic shutdown. These phones were released in the years 2000, September 2019, and October 2020, respectively.

“If Bond is handed an older Android phone, he should check Q has updated the OS to prevent against new software vulnerabilities,” said James Hadley, CEO and creator of Immersive Labs, a cybersecurity training and skills platform, and previously of the UK’s Government Communications Headquarters.

Hadley, on the other hand, sees the benefits of earlier phones, but they aren’t practical for a modern spy.

“There are some people who believe using ‘dumb phones’—pre-smartphone devices less reliant on software—keep them safer,” he says. “However, this would obviously limit Bond’s ability to use even the most basic internet applications.”

As a result, for these older phones, it is a matter of preparing them to make them less vulnerable. As Hadley suggests, let’s hope Q is aware of modern security risks other than dangerous fountain pens.

Jake Moore, a former police officer and cybersecurity expert at internet security firm Eset, explains: “Usually older devices come with more security threats, but if a device has been set up correctly with limited user control and bespoke tweaks, then the anti-tracking, anti-surveillance would balance out the legacy operating system and other flaws.”

What if Bond was employing cutting-edge technologies at the time? An iPhone would not be a decent choice for 007’s phone.

“Untraceable phones with anti-surveillance, anti-interception, and location-spoofing functionality are a must for James Bond. An iPhone, however formatted, just wouldn’t be able to offer this ability to ensure tracking isn’t an option,” says Moore. “The security of an iPhone is impressive enough for the normal user, but with threats such as Pegasus around periodically, it makes it difficult for a spy to use one securely and confidently.”

Pegasus is a piece of NSO (an Israeli technology business) spyware that can copy messages, record calls, and even gain access to the camera on the iPhone. Apple has responded by issuing fixes to address issues that Pegasus is alleged to have exploited.

“Pegasus spyware would no doubt be used by adversaries to target James Bond if he were an iPhone user,” says Moore. “While an iPhone might be good for capturing pictures of explosions and car chases, any downloading of embassy blueprints or covert incursions should be done on a locked-down terminal managed by a specialist team, inside a secure network,” Hadley says.

However, there is more to it than Pegasus, with a recent “explosive” spyware report delving into the additional concerns security experts have about iOS, claiming Apple’s closed ecosystem approach limits their ability to use monitoring tools and conduct necessary investigations to uncover vulnerabilities.

Those who work with sensitive data have a variety of options when it comes to selecting a safe phone. According to Moore, Android-based phones are the greatest options “due to the intricate control one can have over the operating system and functionality.”

The world’s leaders appear to be in agreement. The Guardian published an article in 2013 on their preferred phones, which ranged from an iPhone 5 to a variety of encrypted Blackberry phones to an HTC for North Korean leader Kim Jong-un. But not Vladimir Putin, who opted for a more modest approach by not using his phone at all.

François Hollande and Nicolas Sarkozy, the previous French presidents, were given Teorem secure phones, which were enormous encrypted devices that took 30 seconds to connect at the start of a call. In 2013, German Chancellor Angela Merkel used a Nokia 6260 Slide, indicating that there is still hope for Daniel Craig’s Bond.

NitroKey (manufacturer of encrypted USB drives) would like to think it now has a solution for an Android-based phone that world leaders and spies should be utilizing today—a modern take on the Teorem phone.

The NitroPhone 1 is a customized Pixel 4a that runs GrapheneOS, a privacy and security-focused operating system recommended by Edward Snowden. For 250 euros more, the NitroPhone 1 eliminates Google services in exchange for encryption, a kill switch, PIN layout scrambling, and the elimination of its microphone and sensors (another Snowden tip).