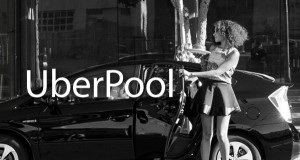 The carpooling service was launched six months back and is now available in Delhi and Bengaluru.

Since the launch of uberPOOL in Delhi and Bengaluru, 25 per cent of all trips in the two cities are now on uberPOOL, he added.

Ola, Uber’s local rival also has a similar product, Ola Share that allows users to carpool to get cheaper rides.

Jain said, “Apart from reducing congestion and pollution in our cities over time, uberPOOL also means results in riders having to pay less and drivers spending less idle time between rides. It is a simple yet powerful example of how we can use technology to transform our cities.”
The company said an estimated 798 metric tonnes of CO2 emissions cut have been achieved with users using uberPOOL.

Over 1 lakh people take pooled trips on Uber every week in over 11 cities globally, including New York, Los Angeles, Beijing, Chengdu, and Shanghai. The number of uberPOOL trips has grown to over 30 million per month in China.