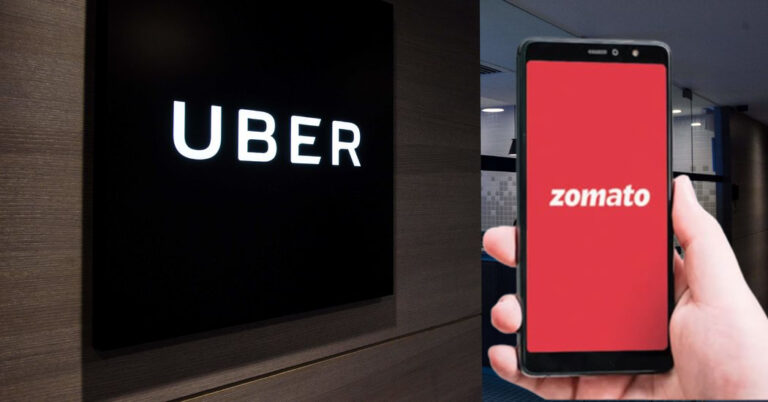 The one shareholder who appears to be the sharpest of them all following Zomato’s successful IPO is none other than Uber. The ride-hailing service has achieved a double-digit revenue in FY20 after selling its online food delivery company in India, Uber Eats was acquired by Zomato and is now sitting on appealing returns despite having to burn money to combat competitors.

Uber has generated a 560 percent or 5.60x returns on its “investment” in Zomato, which concluded Day 1 with a market worth of Rs 98,849 crores and the stock closing 65 percent higher at Rs 126 against its issue price of Rs 76.

Zomato has grown in leaps and bounds since its inception, much beyond what its founder had expected. Deepinder Goyal and Pankaj Chaddah started their careers at Bain and Co after graduating from IIT Delhi. They saw stacks upon stacks of restaurant pamphlets in the workplace. Under the umbrella of ‘Foodiebay,’ the food delivery network began in 2008 as a listing platform for food and restaurants.

After 2011, almost everything has transformed when Zomato was launched and quickly became the go-to platform for restaurant searches and ratings among the general public. Info Edge funded the company with its first round of funding, totaling Rs 60 lakh. Years later, the company has grown into an $8 billion online food delivery giant.

The company has been at the frontier of sector innovation since its inception, introducing innovative features to attract customers. The company is now aiming for a post-issue valuation of Rs 64,365 crore, which is at the upper end of the pricing band of Rs 72 to Rs 76 per equity share. It also intends to make its new e-grocery solutions functionality available on the Zomato app.

The food delivery service has made history by being the first Indian online startup to be listed on the country’s stock exchange. Zomato went public on the BSE at a price of Rs 115. This represents a 51.32 percent premium over the issue price. On the NSE, the equities touched a new high of Rs 116, a 52.63 percent increase over the issue price.