Udelv Transporter Cab is a cab-less autonomous electric delivery vehicle that is set to make its debut virtually at CES. Developed by Silicon Valley venture-backed company Udelv using Mobileye’s autonomous tech it is a self-driving commercial vehicle. The Transporter is being driven by Mobileye Drive self-driving system. 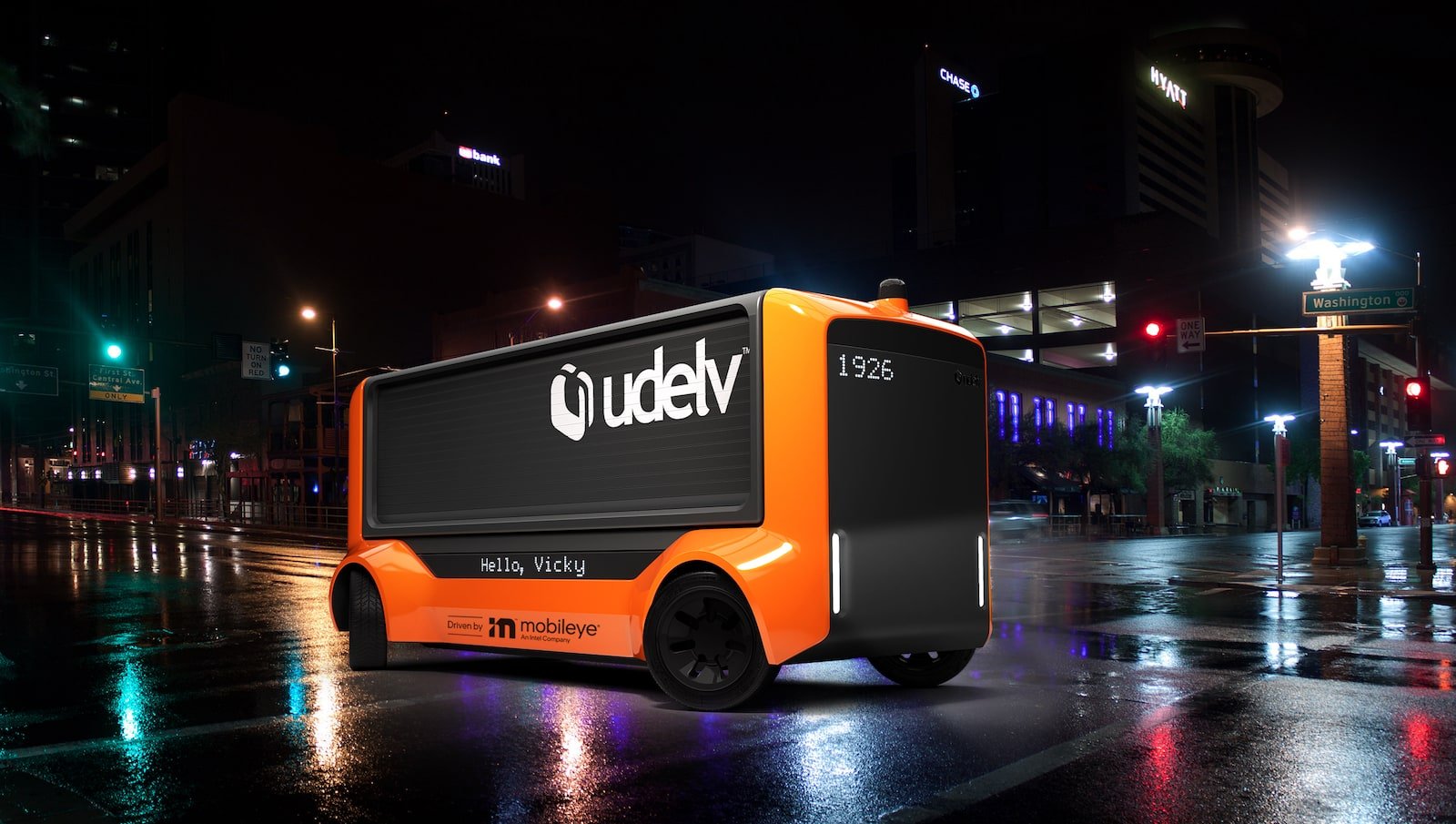 Furthermore, the Transporter consists of a suite of cameras, LiDARs, radars, and the fifth generation of EyeQ, Mobileye’s System-on-Chip for automotive applications. The Transporter will also integrate Mobileye’s AV maps based on Road Experience Management (REM), a crowdsourced, continuously updated map of the world that digitizes what autonomous vehicles need to navigate. The main component of the multi-stop electric delivery vehicle is a self-contained, hot-swappable modular cargo pod called the uPod that can carry up to 2,000 pounds (907 kg) of goods. The Transporter can make up to 80 stops per cycle at highway speeds and cover ranges between 160 and 300 miles (257–482 km) per run, depending on the battery pack option—90 kWh or 160 kWh. Udelv says DC fast charging will take 45 minutes to add up to 220 miles (354 km) of range, with the Transporter’s maximum operating speed being 70 mph (112 km/h).

Udelv CEO and Co-founder, Daniel Laury said, “This is a historic day for the transportation and logistics industries. The Transporter is transformative for two of the world’s largest industries: automotive and logistics. It was created to solve two great challenges of commercial fleets: the shortage of drivers and the electrification of fleets.”

The Transporter can deliver nearly anything from convenience goods, e-commerce packages, and groceries to auto parts, electronics, and medical supplies for B2B and B2C applications. The company says it has more than 1,000 reservations for the Transporter, including from US-based Donlen and Europe-based Planzer and Ziegler Group. Udelv was also awarded a contract from the US Air Force for a pilot program on Edwards Air Force Base in California.

According to the press release, Udelv’s mobile apps can be used to schedule trips on the uPod. Everything from tracking, retrieving packages to delivery can be controlled or monitored by used through the app. The company plans to have around 50,000 uPods on road by 2028, with the first uPods being launched into the market by 2023. It is Udlev’s third-generation vehicle and the company’s first autonomous vehicle that is yet to be launched into the market since 2018 when it first sent out delivery vehicles to the public in California. Udelv has completed over 20,000 deliveries for multiple merchants in California, Arizona, and Texas since then.