According to recent reports, the UK is pushing the news sites to delete video clips that are reportedly from the Queen’s funeral. Read the whole article to learn more about this news piece.

About the video clips

The recent reports suggest that the royal family has given the news agencies the liberty of keeping a 1-hour long video with themselves which they can use in the future during the Queen’s funeral and the King’s proclamation ceremony. Several people have already seen all the video clips and this action is being taken after that as reported by The Guardian. The fact is that the country spent approximately 10 days in mourning and the broadcasters are being given the choice of retaining only a 1-hour video. There is nothing they can do about it because their no right in the UK that gives them an option of not complying with this demand. A clip that got extremely popular and viral is that Mike Tendall who is the husband of Zara Philips, the granddaughter of the queen wherein he was caught looking at his watch, and this was considered to be inappropriate.

About the queen’s funeral

The Queen’s funeral took place in an intimate ceremony where she was laid to rest with her husband Philip. and her parents. People had a lot of things to say about the Queen. “It’s hard to explain, but the Queen is someone special. We will never have a monarch like the Queen, although King Charles will do a good job. Nobody will do the job like Her Majesty the Queen did. She was a one-off, you will never get that person again.” – Jeff Hughes, a former chief chef on the Royal Yacht Britannia who traveled from Wrexham to be in Edinburgh. 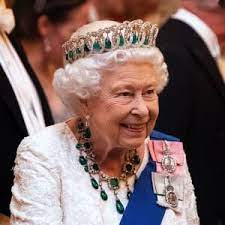 The most fascinating thing about Queen Elizabeth is that she is the longest-serving married monarch in history. She carried out her duties very well which is why people don’t think anyone can replace her leadership. Her demise was a sad affair in the country, and the country was in mourning for 10 days. Considering that she became a queen at the young age of 25, over the years, she managed to make a place in the hearts of her people. She was also someone who was homeschooled but she had a fair knowledge of worldly affairs which is why she was able to able all the affairs in her palace and outside with ease.