NCC Group researcher Sultan Qasim Khan shared a video that showed that Tesla could be unlocked using a small relay device. The device is attached to a laptop and bridges the gap between the owner and the Tesla vehicle. Millions of digital locks are being hacked into, to open them without a key, and Tesla cars are one among them. The vulnerability in the Bluetooth technology is being exploited, according to a cybersecurity firm. 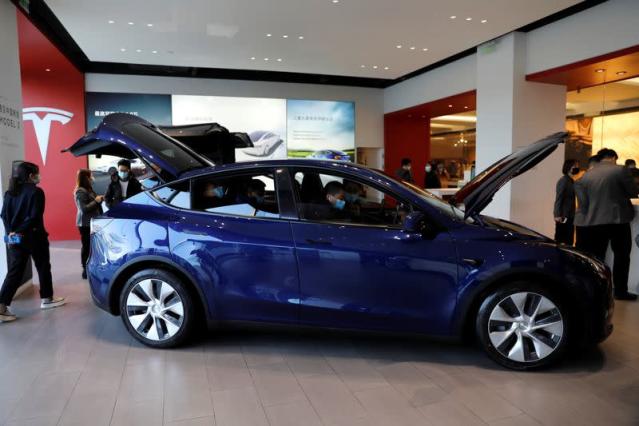 The UK-based firm said, “This proves that any product relying on a trusted BLE connection is vulnerable to attacks even from the other side of the world.” Here BLE refers to Bluetooth Low Energy protocol technology that is used widely in digital locks. Millions of cars and smart locks are unlocked immediately as they come close to an authorized device. Khan demonstrated the hack on a 2021 Tesla Model Y. The NCC Grou stated that any smart locks with BLE technology can be unlocked similar way. It means the residential smart locks being vulnerable as well. This kind of vulnerability is not something the automaker could fix with a recall. The BLE technology was not originally introduced for locking mechanisms and is designed to be vulnerable.

The firm stated, “In effect, systems that people rely on to guard their cars, homes, and private data are using Bluetooth proximity authentication mechanisms that can be easily broken with cheap off-the-shelf hardware.” Further added, “This research illustrates the danger of using technologies for reasons other than their intended purpose, especially when security issues are involved”.

Tesla has routinely looked for weaknesses in its security systems. The company has participated in Pwn2Own events on several occasions, which allows hackers to attempt to infiltrate some of the most notable companies in the world and their best products. Tesla gave away a Model 3 as a prize for finding vulnerabilities in the company’s security.

In 2020, Tesla hackers have exposed loopholes in the keyless-go locking system of the Model X SUV. Researchers at KU Leuven, a Belgian university, have successfully infiltrated the all-electric SUV with copy keys. That utilized radio waves to access the vehicle. The loopholes have been exposed in the past, and Tesla appreciates when entities come forward with shortcomings in their vehicle’s security systems. In fact, the automaker has encouraged hackers to experiment with company vehicles on several occasions. One of the primary issues with keyless-entry vehicles is the susceptibility they have to hackers. While keyless-entry vehicles are more convenient and much more technologically on par with developments. The advancement in the 21st Century certainly has its shortcomings.