Upcoming Earning in Next Week of 7th March

As an investor or trader, the earning event is the most important part of watching the company’s performance and future potential. This week also many companies are going to show their financial reports and business reports to their shareholders. Below there are some major listed companies that are going to report their earnings report in the next week. 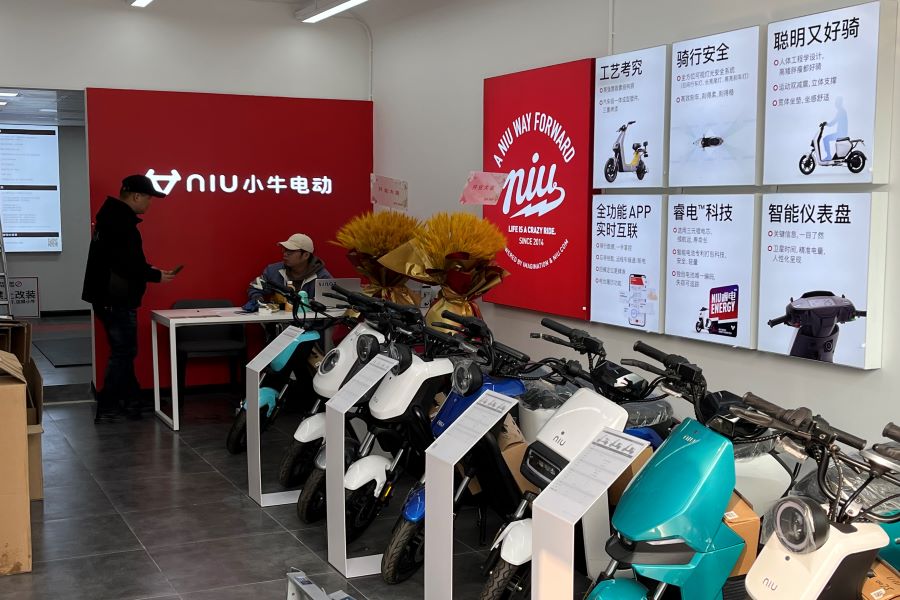 Niu Technologies (NASDAQ:NIU) is scheduled to be announcing its earnings results before the market opens on Monday, March 7th.

Analysts estimate that Niu Technologies will report an earnings per share (EPS) of $0.21.

Niu Technologies bulls will hope to hear the company to announce they’ve not only beaten that estimate, but also to provide positive guidance, or forecasted growth, for the next quarter.New investors should note that it is sometimes not an earnings beat or miss that most affects the price of a stock, but the guidance (or forecast).

Niu Technologies is a holding company, which engages in the provision of urban mobility solutions. It involves in the design, manufacture, and sale of electric bicycles and motorcycles. The company was founded by Wei Hua He, Yi Nan Li, Yi Lin Hu, Nelson Joseph, Cheng Dong Liu, and Yi Bong Zhang in September 2014 and is headquartered in Beijing, China.

MongoDB (NASDAQ:MDB) will issue its quarterly earnings data after the market closes on Tuesday, March 8th. Analysts expect MongoDB to post earnings of ($1.26) per share for the quarter.

MongoDB (NASDAQ:MDB) last released its earnings results on Monday, December 6th. The company reported ($0.11) earnings per share for the quarter, beating the consensus estimate of ($0.38) by $0.27. MongoDB had a negative net margin of 38.32% and a negative return on equity of 101.71%.

The firm had revenue of $226.89 million during the quarter, compared to analyst estimates of $205.18 million. During the same quarter in the previous year, the firm earned ($0.98) earnings per share. The firm’s revenue for the quarter was up 50.5% compared to the same quarter last year. On average, analysts expect MongoDB to post $-5 EPS for the current fiscal year and $-6 EPS for the next fiscal year. 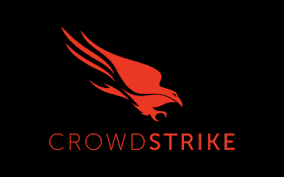 CrowdStrike Holdings will be looking to display strength as it nears its next earnings release, which is expected to be March 9, 2022. In that report, analysts expect CrowdStrike Holdings to post earnings of $0.20 per share. This would mark year-over-year growth of 53.85%. Our most recent consensus estimate is calling for quarterly revenue of $412.33 million, up 55.64% from the year-ago period.

It is also important to note the recent changes to analyst estimates for CrowdStrike Holdings. These revisions help to show the ever-changing nature of near-term business trends. As such, positive estimate revisions reflect analyst optimism about the company’s business and profitability.

The company anticipates fourth-quarter fiscal 2022 revenues in the range of $406.5 million-$412.3 million. The Zacks Consensus Estimate for the same is pegged at $412.3 million, indicating an improvement of 55.6% from the year-ago quarter.

The company’s earnings beat the Zacks Consensus Estimate in each of the trailing four quarters, the average surprise being 50.8%.

Asana, Inc. will be looking to display strength as it nears its next earnings release, which is expected to be March 9, 2022. On that day, Asana, Inc. is projected to report earnings of -$0.28 per share, which would represent a year-over-year decline of 27.27%. Our most recent consensus estimate is calling for quarterly revenue of $105.07 million, up 53.68% from the year-ago period.

In other words, it’s overarching issues that are causing ASAN stock to make wild swings. A lack of clarity on how the Federal Reserve plans to raise interest rates leaves investors unsure how to proceed. One day they’re cycling out of the sector, the next they are jumping back into it.

All things considered, there’s more than enough in place for it to continue delivering the types of results necessary to get itself back toward past highs. For one, Asana operates a software as a service (SaaS) that is in high demand. The increase in worker productivity produced by its coordination software more than pays for itself.

This explains why, per its last earnings release (covering the quarter ending Oct. 31, 2021), the company reported very high year-over-year (YoY) revenue growth (70%). Not to mention, another big jump in its large-customer count. As of the end of the third quarter FY22, it had 739 large customers, up 132% YoY. Going after a total addressable market (TAM) that’s well over 100x its annual revenue, it’s going to be awhile before this type of growth slows down in a material way. 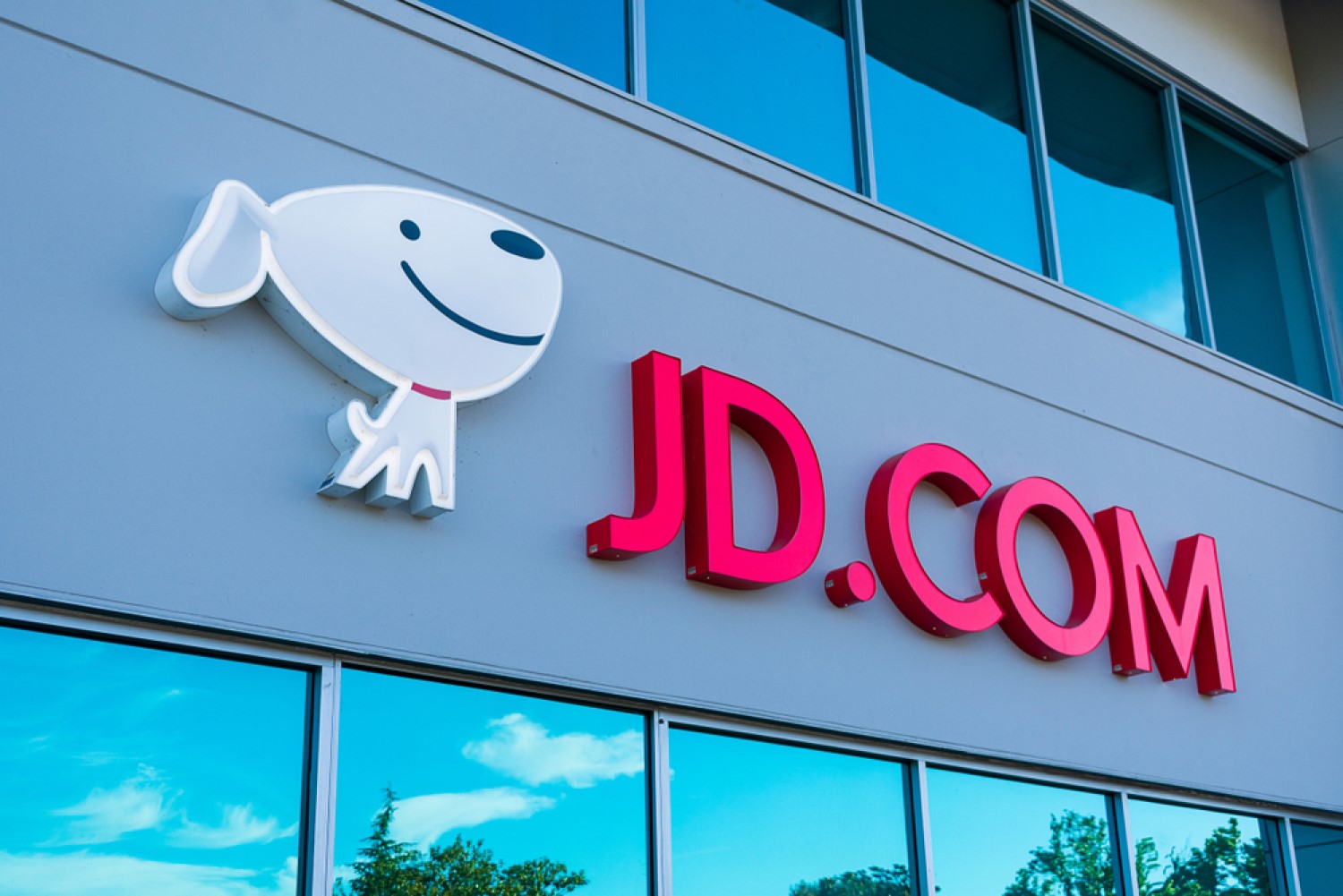 JD.com (NASDAQ:JD) is scheduled to be announcing its earnings results before the market opens on Thursday, March 10th. Analysts expect the company to announce earnings of $0.10 per share for the quarter.

On average, analysts expect that JD.com will report full year sales of $149.12 billion for the current year, with estimates ranging from $148.40 billion to $149.97 billion. For the next year, analysts forecast that the business will post sales of $180.35 billion, with estimates ranging from $177.47 billion to $183.30 billion. Zacks Investment Research’s sales averages are a mean average based on a survey of research analysts that follow JD.com.

JD.com, Inc is a technology driven E-commerce company. It engages in the sale of electronics products and general merchandise products, including audio, video products, and books. The company operates through the JD Retail and New Businesses segments. The JD Retail segment offers online retail, online marketplace, and marketing services.

DocuSign (NASDAQ:DOCU) will release its earnings data after the market closes on Thursday, March 10th. Analysts expect DocuSign to post earnings of ($0.01) per share for the quarter.

Given the company’s strong track record for reporting better than expected results, it certainly makes sense to see bullish sentiment going into the report. However, what the company says about the upcoming quarter and year will determine if it rises or falls.

Guidance is expected to be strong, with revenue forecast to grow by more than 25% in the fiscal first quarter of 2023 to $595.9 million and by more than 25% for the year to $2.6 billion. But given the stocks decline and expectations of a strong forecast, it will likely take not only a big beat but guidance that is better than estimates to get the shares moving higher.