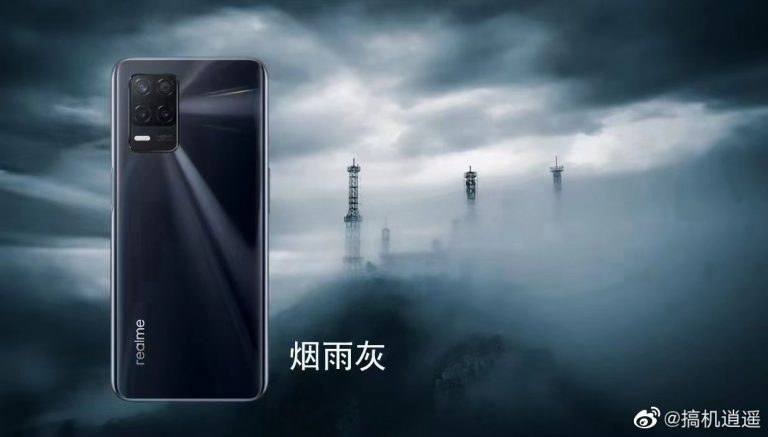 A Chinese tipster has now leaked the V13 5G’s core specifications and live photos ahead of its official launch.

A 90Hz monitor and a 5,000mAh battery will be included in the Realme V13 5G. Let’s take a look at the upcoming smartphone’s planned specifications.

The official poster for the Realme V13 5G smartphone was released last week by the company. The phone will have a 90Hz display and a 5,000mAh battery, according to the poster. The computer will have a 5G link and a storage capacity of 256GB. The phone will be available in blue and black.

The phone’s monitor will be punch-hole, and the camera will be installed in a square-shaped module. A fingerprint scanner will be located on the phone’s side.

The MediaTek Dimensity 700 5G SoC is expected to power the Realme V13 5G, which is expected to have a 6.52-inch LCD IPS display. The phone will be powered by Realme UI 2.0, which is based on Android 11.

The phone’s triple rear camera configuration could be 48 megapixels. The phone’s battery could be capable of 18W fast charging. The thickness of the phone is 8.4mm.

The tipster’s live shots confirm that the Realme RMX3041 smartphone seen at TENAA earlier this month will be released as the Realme V13 5G.

Must Read: Windows 95 has covered up an easter egg for a very long time.