The US-based Triton Electric Vehicles and the Gujarat government signed a Memorandum of Understanding (MoU) to set up a production plant in the Kutch district. They will invest Rs.10,800 crore in setting up the plant, with an initial investment of Rs.1,200 by the EV company in the FY 2022-23 to set up the facility 645-acre plat in Bhuj. 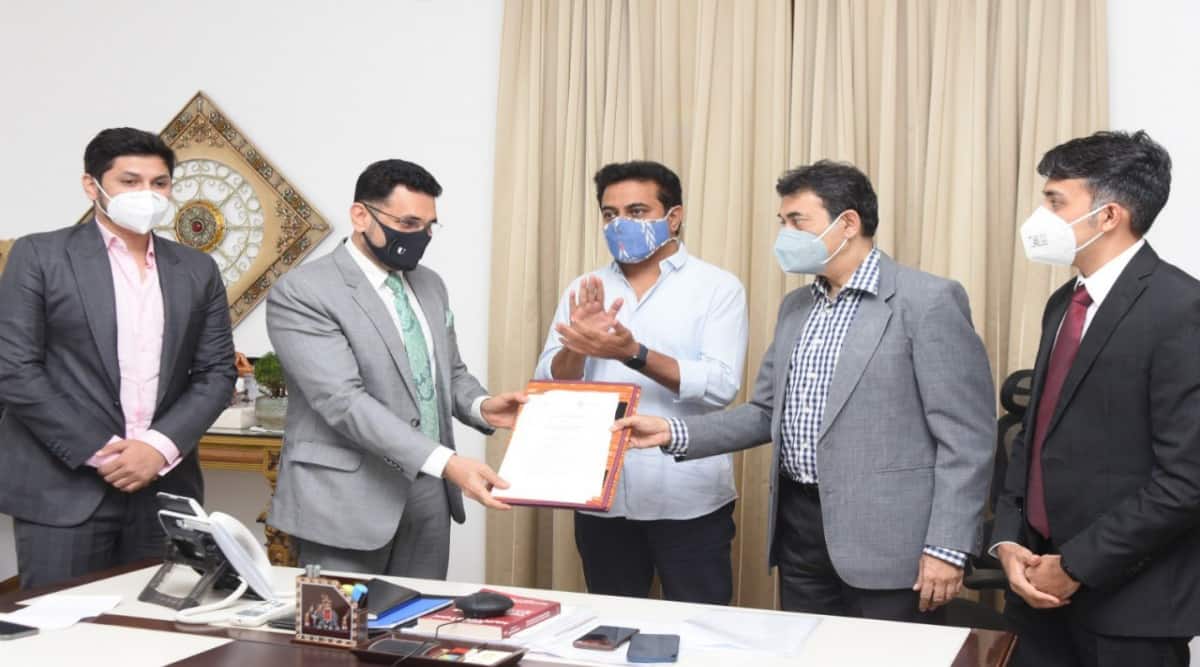 The plant will be having production capacity of 50,000 trucks annually. According to the statement given by the Gujarat government, the agreement was in presence of Chief Minister Bhupendra Patel in Gandhinagar (as seen in the above picture). Furthermore, the founder and CEO of the EV company, Himanshu Patel, and the additional chief secretary (industries and mines department), Dr. Rajiv Gupta were also present while signing the Memorandum.

As proposed, the unit is to have production of cabin and chassis, robotic paint shop, quality assurance, material testing laboratory, and chassis sub-assembly. The company manufactures electric semi-trucks, SUVs, electric sedans, rickshaws, and defense electric vehicles in the US. The state government will assist in the necessary permits, approvals, and registration procedures for the establishment of this plant in accordance with the existing policy rules.

Artificial Intelligence firm Thalamus Irwine and electric vehicle company Triton announced last year to have joined hands to develop autonomous vehicles in India by 2023. The Model H is called a ‘Super SUV’ by Patel and is an 8-seater car. It can go up to 700 miles on a single charge. The company claims it has 1,500 horsepower generated by four wheel-attached motors and has an acceleration of 0-60 mph in 2.9 seconds. “The base model will be priced at Rs 35 Lakh thus, showing the amount of market research that has been put by the company to cater to the requirements of the Indian market. As we are heading towards a new era of commitment to our environment, EVs are going to make a definitive contribution to building a future-ready society. We aim to make our sincere contribution towards ensuring a future-ready society with environmentally friendly clean energy practices,” the company said.

But the price of both these vehicles may prevent these companies to make an impact on the Indian EV market. According to a Bloomberg report, 8000 electric cars have been sold in India between 2014 to 2020. There are two major reasons behind it, price and poor performance. According to BloombergNEF, most of the passenger vehicles that were sold in India cost around $8K (INR 5.6 Lakh) or less. BloombergNEF study also found that India will not be able to match the price-parity of ICE-powered cars until the 2030s.