US First Charging Stations for Electric Trucks by Electric Island

From Swan Island Portland, Electric island is getting ready to open charging stations specially made for Electric trucks. For companies time is money, so is charging time. These charging stations are expected to reach up to their standards. 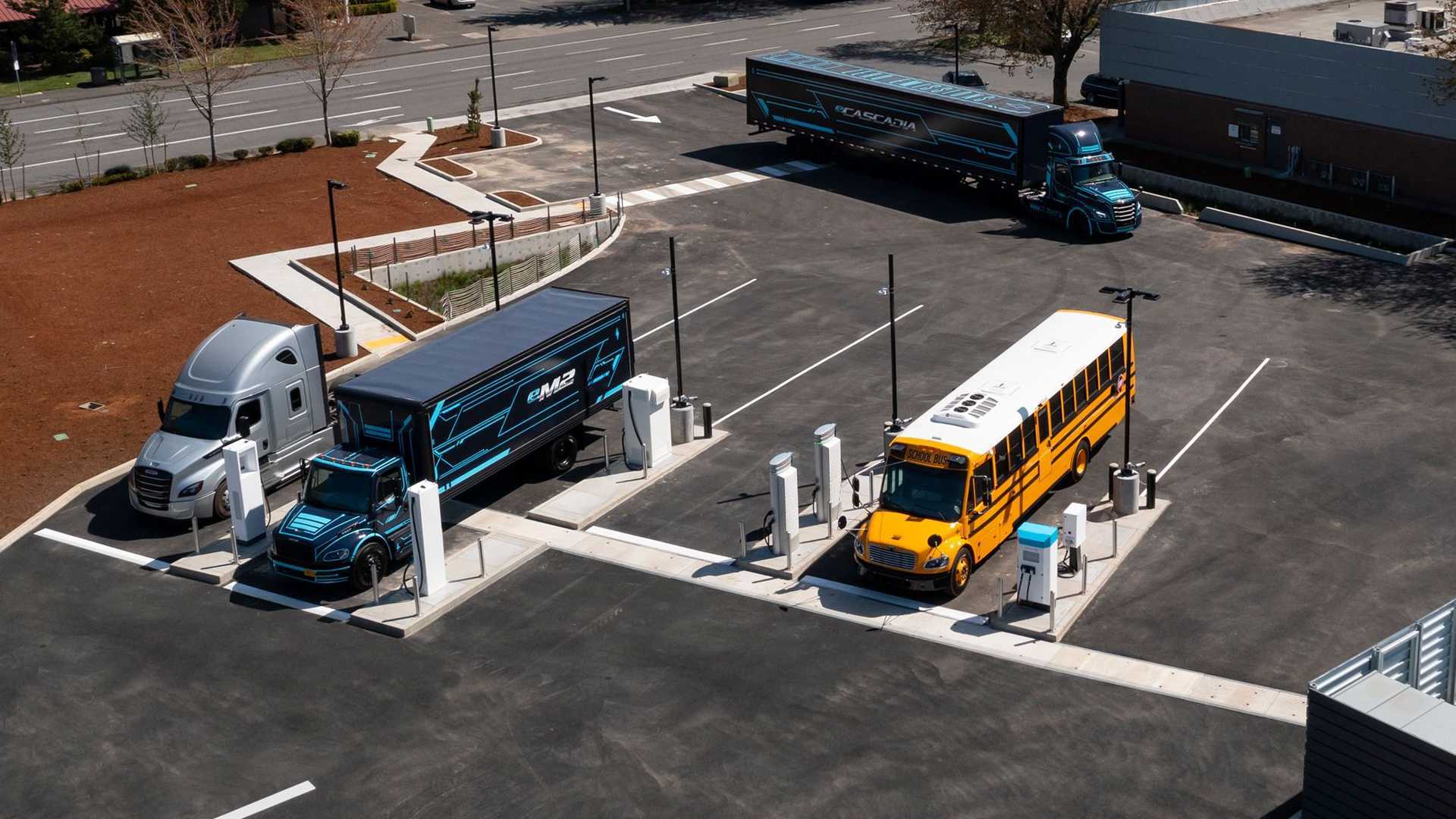 Electric vehicles admittedly need an ample level of charging to not to bear any issues while traveling. Small EVs could be changed easily. But what about big vehicles like trucks and Busses. They need megawatt level charging to backup the battery quickly to proceed with their works smoothly. Mostly, trucks are used to carry out business commissions. Hence they shouldn’t have any abruptions in their activities which involve time consumption and heavy loss to the industries.

To persuade these requirements, Portland General Electric and Daimler Trucks North America inaugurated “Electric Island”. Then primed it to the public.

Furthermore, Electric Island is for heavy vehicles, commercial and delivery trucks, and school busses. Also, the electric island has the system to deliver megawatt level charging which is higher than regular electric vehicles fast charging.

As we can see, contemporary EVs have a charging level of 150 KW and with Tesla the maximum charging level is 250KW. Since the heavy vehicles need megawatt level charging. So the makers need at least four times more than the existing electric vehicle charging level to 1MV. And, these stations need to start the chargers supporting that much level of charging synchronously.

“If there were 10 electric heavy-duty trucks, all charging at 1 MW, that’s 10 MW—about the same as a semiconductor plant. So that’s kind of the scale that we’re looking at—when something that used to show up on our grid as a few hundred kilowatts, a truck stop, says, ‘Hey we’re gonna be installing two-megawatt chargers,’ now that truck stop looks like a semiconductor plant.”

Further, Collet added,  “That means that the grid has to grow in different ways that might not be part of the plan yet. Also, the grid to support that demand might be in industrial parks, not at a fueling station next to the highway.”

The electric Island will satisfy the needs of electric vehicles in charging functions. Which will create awareness about the advancement in the automobile industries. Test the charging hardware which is contemplated to the future of the charging stations.

It might be an intricate requirement to this plan. But the exact situation was faced by electric cars a decade ago. We still have to wait until it comes completely online satisfying all the obligations.