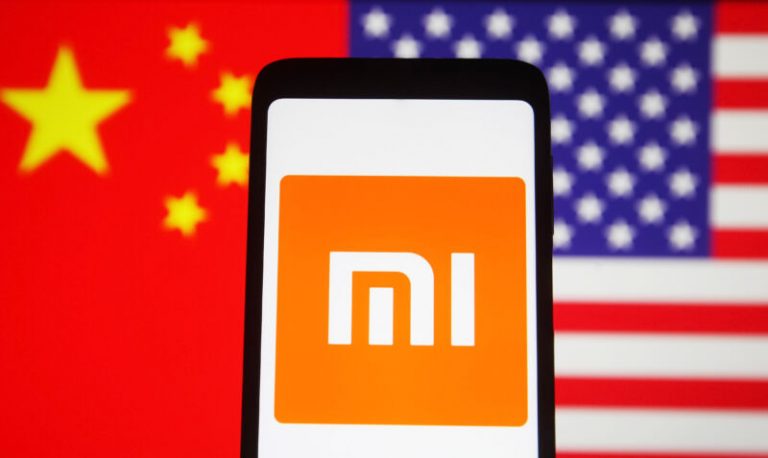 UKRAINE - 2021/01/15: In this photo illustration, Xiaomi logo is seen on a Xiaomi mobile phone screen in front of flags of the US and China. The administration of US President Donald Trump added Chinese companies including Chinese electronics company Xiaomi to a blacklist, which will be subject to a new US investment ban, reportedly by media. (Photo Illustration by Pavlo Gonchar/SOPA Images/LightRocket via Getty Images)
Home
Business

The Chinese smartphone maker has been facing some serious problems in the United States of America because of it being “Chinese”. Well, recently, a District Judge from the States has blocked the restrictions against Xiaomi.

Not very long ago, before former President Donal Trump left office in January, the Department of Defence under Trump’s leadership designated Xiaomi as a CCMC (Chinese Communist Military Company). This means that this order bans any company registered in the United States to invest in such Chinese companies, specifically Xiaomi.

As mentioned in a report by The Verge, On Friday, Rudolph Contreras, a U.S. district judge issued a preliminary injunction to prevent the irreplaceable harm caused to Xiaomi. He issued the statement saying that the designation was “arbitrary and capricious”

The United States of America and China have been on the side of the cold war lately and Chinese companies have been the first target by the country’s government under the leadership of former President Donald Trump. According to reports, Xiaomi mentioned in a court filing that it would suffer ‘extreme and irreversible damage’ as mentioned in the story covered by The Verge. These restrictions issued by the United States government would cause irreversible damage to the company’s business and reputation if it took effect. The company further added that it has been under strict compliance regulations issued by the US government and has all rules, regulations of the jurisdictions where it conducts its business in check.

Later on, the Chinese company also said that it is not owned, affiliated with or controlled by the Chinese military and is certainly not what the government of the United States says it is a Communist Chinese Military Company.

China has been under the spotlight by the Department of Defense, the United States for more than one reasons. Not just the US, India has also taken strict actions against China by banning more than 200 Chinese applications in the country under the leadership of Prime Minister Narendra Modi.

Also mentioned in the report by The Verge, Contreras called into question, the arguments raised by Trump’s administration. The judge wrote in the filing that it is sceptical on national security interests being actually implicated in this case. Xiaomi is continuously trying to request the United States court to remove the Communist Chinese Military Company designation from its name.

What is a T+1 Settlement Cycle and why India moving onto it is a Big Deal for the Global Stock Markets?