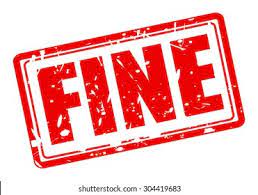 Sixteen financial institutions across the USA have been fined 1.8 billion dollars for using personal devices to discuss deals and trade. The Security and Exchange Commission and Commodity Future Trading are collectively probing the allegation which has taken sixteen financial institutions in the loop. The SEC has found the involvement of violations at multiple banks at all levels.

The SEC brings out that, staff at these financial institutions also exchanged messages on the social media platform Whatsapp between January 2018 till September 2021. The communication platforms were used to discuss business matters such as debts, and equity deals. Reportedly these institutions violated the Federal rules by not storing the chats.

“Today’s actions – both in terms of the firms involved and the size of the penalties ordered – underscore the importance of recordkeeping requirements: they’re sacrosanct. If there are allegations of wrongdoing or misconduct, we must be able to examine a firm’s books and records,” said Gurbir Grewal, director of the SEC’s Division of Enforcement.

Moreover, the commissioner of CFTC, an organization jointly probing with the SEC has said that those involved in violations were aware of what they are doing. She said that in some of these cases personal devices were used to bypass the process.

The commissioner cited two examples to illustrate her case, she said in one of the instances she said the institutions who used WhatsApp asked their employees to delete their chats regularly. In another example she said, the employees were asked to delete the private conversation by the trading board. In another such instance of destroying chats, a trader destroyed the user after getting a notice from the agency.

The CEO of the CFTC in a statement said that the era of hiding communication has got over and the company associated and cooperating with the probe have been put on notice.