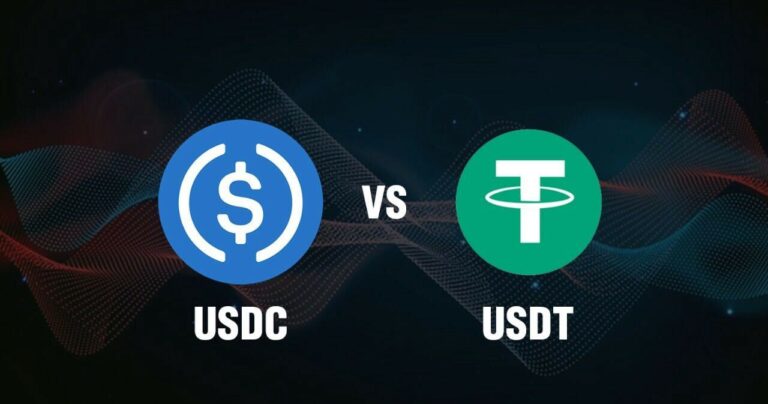 USDC inches closer to USDT as the difference in market capitalization ratio between the two is as less as 1.20%

The rat race of two top stablecoins gets more interesting.

The two most capitalized stable coins in market today are Tether’s USDT and Circle’s USDC. In the recent unfolding of events, it was observed that, the gap between the two big stablecoins has narrowed down to a large extent. Essentially, Tether’s USDT is still the number one stable coin in terms of market capitalization. But, USDC is inching closer day-by-day.

Arguably, the market capitalization of Circle’s stablecoin USDC has grown by 8.27% since May, thanks to factors such as market crash and reduced trust among investors towards USDT. The valuation of USDC was at round $55.9 Billion. In Contrast, USDT suffered big blow in the market crash, as the investors started losing trust over the stablecoin. The stablecoin suffered 19% drop in market valuation, currently trading at $66.14 Billion.

Based on the narrowing difference between their market capitalisation, USDC has never come so close to challenging USDT’s dominance in the stablecoin market. More specifically, in August 2020, the USDT to USDC market cap ratio exceeded “9”. However, in July 2022, it fell to 1.20, the lowest level ever.

USDT in a turmoil.

Since the collapse of Terra’s USD which was valued at $40 Billion, fear has crept in big time among the crypto investors. The primary reason for the fear among the investors is the speculation that USDT tokens are not 100% backed by cash and other traditional assets as it claims. The speculation has become so strong in the market that, the investors have more or less started believing that, USDT will soon fall below $1 peg. These bearish options might be worth “hundreds of millions of dollars,” according to the Wall Street Journal.

These investors assume that, in the event of a “bank run,” Tether would not be able to convert all of its USDT into dollars. As a result, the peg would be broken as people started selling their stablecoin at a loss.

Crypto investors have been won by Circle’s USDC primarily because Circle’s functioning as a money service business, also being registered with FinCEN and other regulators in the US. Also the firm reports, its reserves to authorities more transparently, in line with money transmission laws.

The gap between the two top stablecoins is decreasing and making the stablecoin market more interesting and intense for the investors. USDC is well in course to take over USDT’s first position in the near future. The only thing that could save USDT would be to regain the trust of investors and show that USDT is not similar to Terra’s UST.