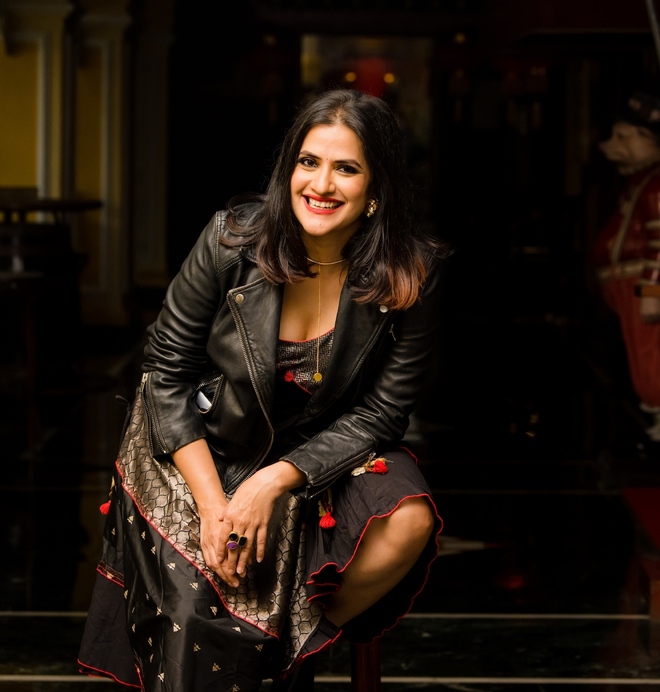 The year is 2022. We might soon take trips to Mars. And yet the unfairness and discrimination a woman has to endure in this country is mindblowing. In her letter to Twitter CEO Parag Agarwal, Sona Mohapatra draws attention to the sexism at his alma mater. And honestly, we are not surprised. In a society where we still come across humans with the audacity to blame women for the injustices they face, this is least surprising, and yet distressing. Let’s take a look at the letter that calls out IITB, and its discriminatory acts which clearly didn’t go down well with Mohapatra.

Dear @paraga ,Ur alma-mater has for decades,mostly never hosted women as headliners in their cultural festival.IITB alumni,even CEO’s slammed me on fb for writing this.👇🏾I hope U watch my film #ShutUpSona to see what our reality as female artists in the 21rst century is.♥️& Light pic.twitter.com/M1x5LCow6M

The rest of my open letter. (P.S the IIT students descended on my viral letter incidentally, included both boys & girls, the latter were particularly vicious & hurtful in their comments. The minions of patriarchy continue to serve in different domains sadly) pic.twitter.com/vEYBArgDnR

Well, Mohapatra is not wrong because breaking the glass ceiling is still a Herculean task, especially in a society that often fails to acknowledge the problem at hand. In her letter, the singer underlines the unfairness of having to share the stage with a man to “validate” her performance which once again makes one think about the inequality that looms large. If a successful singer like Mohapatra with notable accomplishments has to face such treatment, imagine the plight of the less privileged.

In the letter, the singer directs strong criticism at IIM Bombay for its practice of never inviting women as headliners for cultural events. The singer also urges the Twitter CEO to watch her film ‘Shut Up Sona’ to get an idea about the difficulties that female artists have to endure. The letter also puts into focus the issue of the deep social conditioning firmly rooted in a patriarchal mindset. If one of the so-called ‘elite’ universities of India does not take even the smallest step to break away from the regressive perspectives, then what exactly is the essence of the education that is being imparted to students. And the funny part is that there are still people ignorant enough to assume that our society is the epitome of equality and fairness. Now let us take a look at the replies to the tweet. Quite unsurprisingly, they are triggering.

It is totally off the topic but then again do we ever focus on that one topic?

i think if u havent worked ur ass off for 4 yrs to get into the country's top engineering institution, u can stfu on this topic.

Or perhaps the reason is the deep-rooted sexism in this country?!

Clearly you don't have any work to do. If there wasn't any woman as headliners, cant it be the reason that man outperformed them? Clearly blaming that they aren't giving chance, first go and talk to students that was their any female candidate better than this, and then tweet.

Well, that I agree with. The letter is indeed saddening.

.. importantly, your performance was really mesmerizing. As to tell you proudly, the following batches have also showcased female artists equally, and to the best of my knowledge the current stage appearances stand 1:1 in gender ratio. Sorry for comments from IIT fam though (2/2)