The crypto market that started plummeting on may 12 has not yet been halted. In fact, the market crash is prolonged causing a lot of issues for all the players of the cryptocurrency. Many investors lost their life savings, many cryptocurrency exchanges are the verge of bankruptcy and many giant institutions have gone on to lay-off thousands of people. Vauld, which also happens to be a crypto lending and exchange start up, has had to face the adverse effects of the market’s downturn. The three-year-old start up is stuttering in the market to survive, as it is facing financial issues. The customer withdrawals have been about $198 Million since June 12.

Vauld, to counter the current market situations and to survive the financial crunch, announced that, the withdrawal services of the company will be suspended, trading and deposits also will be halted on an immediate basis. The company remarked, financial issue as the main reason to take such a decision. 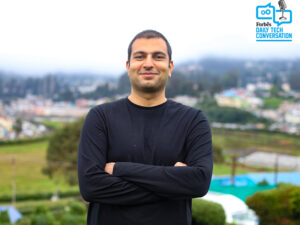 Vauld’s Founder, and Chief Executive Officer, Darshan Bathija went on to comment that, the start up has already started exploring different options for restructuring and also engaged with Kroll for financial advice and Cyril Amarchand Mangaldas and Rajah and Tann for legal advice in India and Singapore.

Customers of Vauld can earn what the company bills as the “highest interest rates on major cryptocurrencies in the industry.” According to its website, it offers 6.7 percent on Bitcoin and Ethereum tokens and 12.68 percent on a number of so-called stablecoins, including USDC and BUSD. Customers could borrow money against their tokens via the platform, which also provided access to a number of additional trading services.

On its website, Vauld claims that it gives users the option to borrow money against their tokens up to an LTV (loan to value) of 66.67 percent and “instantly” accepts loans. In the last six months, the value of several crypto tokens has fallen by over 70%, similar to other tech companies.

Amidst the market tension, the crypto lending company not only did suspend the withdrawals and other important services, but also went on to lay-off at least 30% of its workforce. In fact, the lay-off came two weeks before the services were halted.

The suspension of the services comes as a surprise to the customers, as the Bathija had claimed that, the platform is not looking to suspend the services and stated that they are liquid even in this market condition.