Users across America have been facing trouble getting access to NYAA and Mangadex, two popular pirate manga-reading websites, all thanks to Verizon’s efforts to apparently block them, says a report from TorrentFreak. When users try to visit these sites, they are instead redirected to a “null-routing” black hole. What this means is that all the traffic from those particular IP addresses that correspond to the site is blocked. 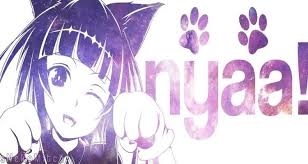 The Move and the Apparent Reason

This method is most significantly used used to defend systems against DDoS attacks, which arise from a few specific addresses. The case at Verizon is apparently in correlation with the IP addresses related to DDoS Guard, which is a controversial provider of online infrastructure service from Russia (though no proper explanation has been offered).

So far, all that is known is that all this null-routing is intentional, instead of being random errors. Many users have reached out to the company, but to no avail.

Now, the same users have taken to theorizing that the reason behind the same is indeed blocking out DDos-Guard, which is well-known worldwide as being a safe haven for pirate sites. The US Government was notified a few months ago that DDos-Guard was not amicable to requests for takedown. Both NYAA and Managdex are popular pirate sites that are dependent on the CDN provider.

However, one interesting fact is that the IP addresses on DDos-Guard for both Mangadex and NYAA are quite similar (as are the addresses of many other websites, including phishing site xn--bstchange-hib.com) despite being slightly different. This could mean that perhaps these websites were not meant to be blocked, but instead, ended up being null-routed as collateral damage of sorts, so that other, more malicious websites using similar IP addresses could be put on leash.

Not a First, but Still Unique

The case at Verizon is also unique in being quite different to the way other internet service providers (ISPs) deal will pirate sites. Other ISPs most often simply opt for DNS blockade, so that when users try to visit the site, they instead receive a message telling them just why the site is blocked.

This isn’t the first time that an ISP has blocked pirate sites under mysterious circumstances. For example, a few years ago, a number of websites with Cloudfare IP addresses linked to The Pirate Bay were suddenly blocked by Cogent. The move was eventually traced back to a court order directing the firm to block multiple IP addresses.