How to play Spatial Audio on Apple Music

Apple Music has officially launched Spatial Audio, powered by Dolby Atmos for those running iOS/tvOS 14.6 and macOS 11.4 or a later version. This is a guide that will instruct you on how to find and play Spatial Audio, as well as how to enable this new feature to work with other headphones besides AirPods and Beats.

Spatial Audio on Apple Music offers a new and immersive experience when listening to music, either through an iPhone, iPad, Mac, Apple TV 4K with HomePod, or other Dolby Atmos supported speakers. 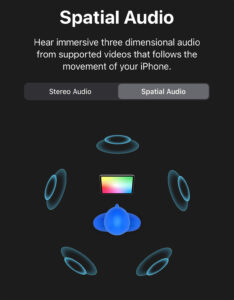 Even better, this feature is available to all Apple Music subscribers, there is no extra cost. In this guide, the focus will be on Dolby Atmos Spatial Audio, but you can also enable Lossless hi-res music on Apple Music with iOS 14.6 and later versions. On either an iPhone or an iPad head to Settings > Music > Audio Quality > Lossless Audio.

Despite this, according to Apple, you can also use Spatial Audio with any headphones that support Dolby Atmos with the setting that says “Always On”.