New York-based multinational telecommunications conglomerate Verizon Media announced that after several days of discussions and negotiations, it had agreed to sell its media assets to private equity firm Apollo Global Management for $5 billion. The payment will consist of  $4.25 billion in cash, along with preferred interests of $750 million. Furthermore, as part of the agreement, Verizon will retain 10% of the company. 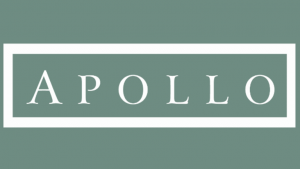 When the deal is complete and made official, the company will be known as Yahoo. It will be led by current CEO Guru Gowrappan. The plan of the new business will involve pursuing opportunities across the field of commerce, content, and betting. The incumbent footprint of the company covers a range of Internet brands, advertising, and publishing.

Although Verizon will keep a stake in the business, this purchase indicates that a formal retreat for the telecoms giant has occurred. While its efforts to maintain the business have become more cost-efficient, it no longer has a stronger role in efforts to own, build, and monetise content on the networks of its own and other companies.

This news is a result of years of speculation about the future of the media business under Verizon. The price that Apollo is paying corresponds with reports of the deal in more recent days, which collectively mentioned that the worth of the deal was approximately between $4 billion and $5 billion. While these numbers may sound big, they are much smaller than the amount that Verizon originally paid, which was $9 billion. This included the cost for both AOL in 2015 and Yahoo in 2017.

The former deal resulted in AOL and its media holdings – such as TechCrunch, The Huffington Post, and Engadget, among others – under the ownership of Verizon, while the latter added the Yahoo search engine, along with a range of Yahoo services. This also included Tumblr, resulting in an amalgamation of newer and more modern services appealing to younger audiences and a number of legacy internet portals and properties for older, more conventional Internet users.

Following this acquisition, the two companies were merged under a new brand, Oath. This was part of a bigger strategy that Verizon had to build a media empire that would help it compete with more prominent online ad players, such as Google and Facebook. The operation was majorly led by Tim Armstrong, AOL’s longtime CEO prior to the acquisition of Verizon.

The most recent development in Vernon’s company holdings, which includes being bought by Apollo, is expected to be beneficial for the media corporation. Armed with a wide and diverse range of assets and a decades-long record of successfully and efficiently investing in technology and media companies, Apollo’s involvement will focus on creating an experience and environment that will help Yahoo to thrive.