Apple’s ‘Spring Loaded’ event is all set to take place on Tuesday 20 April. 2020 has been proven to be a tough year to deal with, not only for Apple company but for the electronics market in general. The companies had to tackle more than one issue, from disruptions in the supply line to dealing with chip shortages. Also, the work from home shift also created a lot of un prepared demand in the market which most of the industries were not fully prepared to cater.

Apple’s ‘Spring Loaded’ event might be a beginning of things getting back to normal. Apple is all set to launch its new M1 powered iMac. This has been the talk of the town for the past few months due to the constant leaks of the hardware details which have been taking place. 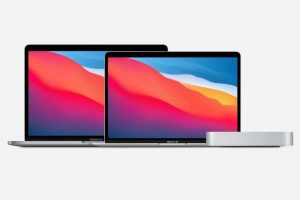 The iMac package has the screen as its main feature. The video opens up with a splendid display of colors and explosion coming through the screen. It could be a sub conscious attempt to make the viewers realize what they need to look forward to. Many believe this display could be based on Pro Display XDR monitor.

Pro Display XDR monitor comes with a super wide viewing angle. It is capable to provide up to 1,600 nits of brightness and has a 10,00,000:1 contrast ratio. It is also capable of presenting over a billion colors accurately.

There have been speculations made by many experts that the iMac, might look even more stunning than the ones shown in the video. A major reason behind that could be the thinner bazels one can see on the pro display. Another big change that has been made in the product is the inclusion of the Apple Silicon.

Apple Silicon refers to the chips that Apple makes. These chips will be replacing the Intel processor which was being used for the past 14 years. Apple has claimed that, by using its own “Apple Silicon” chip, one can improve the performance and the battery life of Macs. The first Apple silicon SoC for Macs is called the M1.

Amdix has shown the same M1 chip which is to be used in the new mac Mini, MacBook Air and MacBook Pro, which were launched in the month of October last year. In the video one can briefly see an Xbox Wireless Controller which has been used with the iMac. The experts consider this to be a definite possibility.

There have been rumors about the multi color options for the iMac. Speculated are the pastel shades of pink, blue and green. There are also rumors about a soft black shade to be available as one of the options.

The ‘Spring Loaded’ event from Apple is a very much awaited event. On Tuesday the company is expected to introduce a number of much awaited products. The list includes iMac and the new iPad Pro and the iPad Mini hardware.