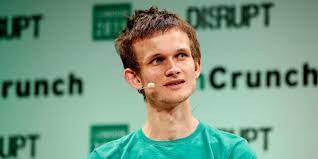 Buterin says in one of his tweets that Bitcoin’s main fork was intended to be a protest movement built from a rebellious mindset, and so lacked a cohesive path forward.

Vitalik Buterin admits that he was wrong about Bitcoin Cash

Due to its greater block size, Bitcoin Cash was released in August 2017 as a competitor to Bitcoin, the world’s first cryptocurrency capable of allowing increased transaction volume and cheaper fees.

Buterin stated that Bitcoin Cash has become a “genuine challenger” for the Bitcoin moniker after the controversial fork achieved initial success and surpassed Ethereum in terms of market valuation in mid-November 2017.

By 2022, Bitcoin Cash will have slid to 25th place in terms of market capitalization. Since its peak in November 2017, it has lost 98 percent of its value against Bitcoin.

Buterin also went over some of his previous forecasts, some of which he made about a decade ago.

In light of Ethereum’s scalability challenges, the 27-year-old Canadian-Russian programmer responded to his controversial comment in 2017 about Bitcoin’s high fees by declaring he still remains by their side.

Buterin also stated that his first proof-of-stake and partitioning track records were ludicrously incorrect. The co-founder of Ethereum predicted that altcoins would become popular before they became hip (since 2013).

Furthermore, Buterin predicted the advent of a decentralized exchange such as Uniswap, which he is particularly pleased with. Non-fungible tokens, which took the industry by storm in 2021, were not predicted by the coder.

When Bitcoin Cash was launched in 2017, it quickly overtook Ethereum ETH in terms of market value. Due to its larger block size and higher transaction volume, it gained popularity. BCH hit an all-time high of $4,355.62 on December 20, 2017.

In terms of market capitalization, however, it has fallen to 25th place over the years. Compared to Bitcoin, it is down 98 percent. At the time of publication, BCH was trading at $447.09.

Even before they were hip, the co-founder of Ethereum anticipated that altcoins would become big. Buterin cited a 2013 piece he published for Bitcoin Magazine on the matter.

Please share this article with your friends and family if you found it informative!