Volkswagen Autonomous Ambulance under testing for launch in 2025 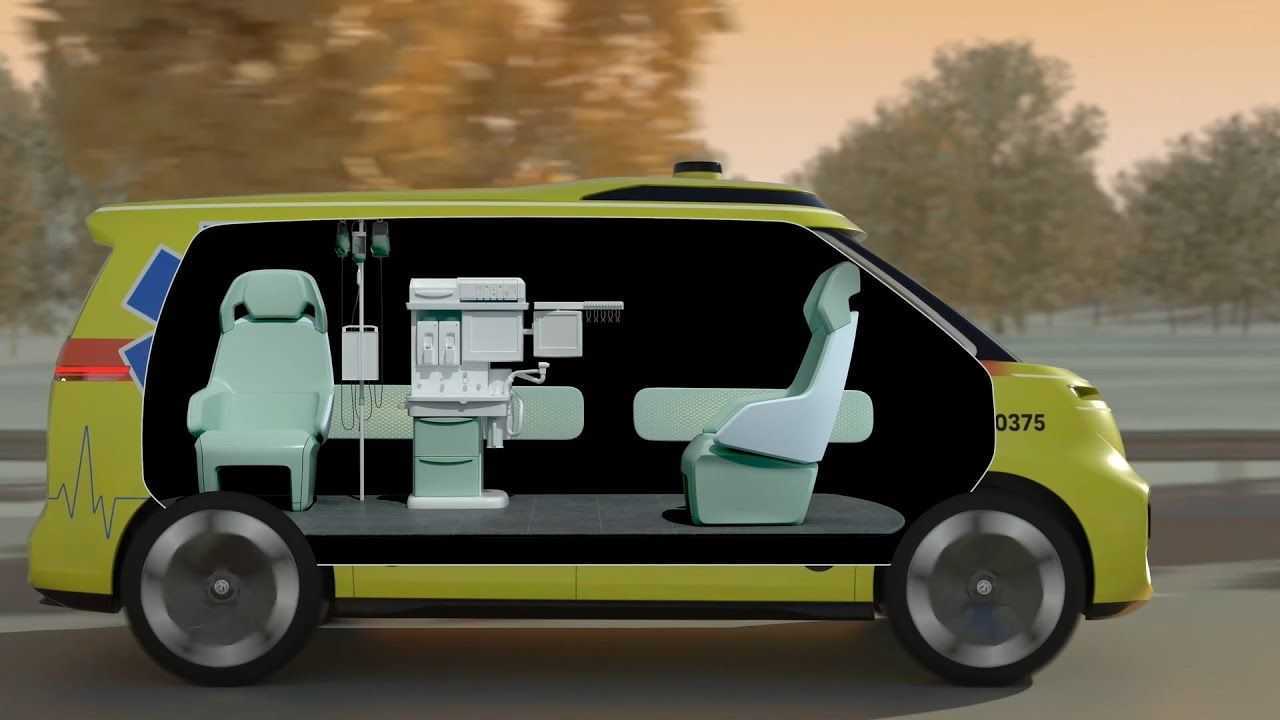 This has been unveiled on YouTube multiple times, and recently this week, the company released a video. It shows the autonomous ambulance which doesn’t have a driver’s seat. Volkswagen’s ID Buzz debuted in ITS World Congress in Hamburg. The vehicle’s front seat is located such that the person sitting would face the rear view.

Technical information was not available through the video. Regardless, the idea is interesting, also brings the question about how the company plans to implement it. According to the details, the production model will be ready by 2022, and the vehicle will be launched by 2023. Which is not much far from the current date.

Tesla has been planning to launch its FSD features in Germany. However, its Full-Self Driving features are mandated by local authorities to call it “driver assist”. Launching a self-driving system in the market has proven to be challenging for many companies. Especially as regulators need to be cautious about the safety of humans.

Details about the level of autonomy and the details like speed of the vehicle, precautions in case of a failure, must be known. However, the other things revealed in the video are a mobile office, a delivery van, and a robotaxi. Automakers are moving beyond autonomous cars, bringing in other applications that could benefit from automation. The change to electric vehicles isn’t limited to changing powertrains to electric ones.

Including performance, other features like software, highly versatile platforms, brand-new technology, and autonomous features are much needed. Rivian is the first company to launch electric pickup trucks in the market. Meanwhile, other companies are working on competing strongly in the market.

VW Commercial Vehicles head of design Albert Kirzinger shared at the ITS World Congress, “As designers, we’re the people who think up these new living environments. To really get inside the head of somebody in the future and to offer them different things, to analyze their needs and different use cases, and then to define a vehicle from the basic requirements. That’s what design of the future has to do.”