How to play ride the bus drinking game

Ride the bus is a fun drinking game that can be played with a big party. Ride the bus is a fantastic game of chance and logic in which players strive to avoid becoming wasted by not becoming the player who “ride the bus” at the conclusion of the game. Here’s where you can learn how to play ride the bus. 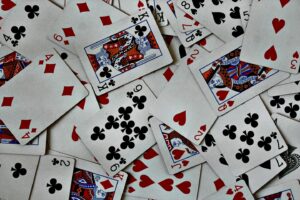 Although reading the rules of the game may appear to be difficult, it is simple to play and comprehend even if it is one’s first time. If drinking activities like card games aren’t your thing, try Dodge Beer.

Range of Players
The ride the bus game requires at least two players, but the more the merrier.

Setup for the Drinking Game “Ride the Bus”
The job of “dealer” is allocated to one participant. His duty is to assist with the shuffling of the deck of cards and to ensure that everyone respects the regulations for riding the bus.
Everyone who participates in the game should sit at the same table. Each player should have his or her alcoholic beverage on hand.

How to play the game “Ride the Bus”
There are four rounds in the game Ride the Bus. The performance of the participants over these four rounds will determine who will ride the bus at the conclusion. The game usually concludes with the “ride the bus” rider very inebriated.

Round 1: After shuffling the cards, the dealer asks each player their first question one by one. “Red or black?” he would inquire. If the player receives the colour of the topmost card on his turn, he can distribute a drink; if he doesn’t, he must drink.

Round 2: The dealer asks the participants a new question, “higher or lower?” in the second round, which follows the same pattern as the first. The player must predict whether their next card will be worth more or less than their first. If your guess is correct, you get a drink. If you guess incorrectly, you get a drink. However, if you receive the same card, you will be subject to an immediate penalty and will be required to drink.

Round 3: The third round follows the same pattern as the previous two. The dealer asks the participant a new question “In between or outside?” You must predict whether the value of your next card will fall between the first and second card values or will fall beyond the range. If you guess correctly, you get a drink; if you guess incorrectly, you have to drink.

Round 4: The fourth round follows the same pattern. The dealer asks the players to estimate the card’s suit (heart, spade, club, or diamond). If you predict correctly, you get five drinks; if you guess incorrectly, you get one drink.

The pyramid round: With four cards in each player’s hand, the dealer will construct a face-down pyramid with a foundation of five cards and a top of one card. Each row represents a different value of drink: row 1 represents one drink, row 2 represents two drinks, and so on until the fifth row. One card is revealed at a time, beginning with the base. If a player has the card, he must discard it and distribute drinks to the other players. He could serve up to five drinks at a time, depending on the row.

Ride the bus: Once the player has seen the last vehicle of the pyramid and all potential cards have been tossed, the game is over. Any leftover cards are totaled, and the player with the greatest card value gets to ride the bus. That meant he’d have to start the game all over again, this time with only him and the dealer. He begins over every time he guesses incorrectly. The game concludes when the player has correctly answered all four questions in a row, or when the entire deck of cards has been used up or the individual has become utterly inebriated.