News about data breaches has been pouring in recently, and there doesn’t seem to be an end in sight. What with the RockYou2021, the recent breaches at Facebook and LinkedIn, and many more, the security of users online is at an alarming risk. And the latest new security breach has reportedly hit the servers at Volkswagen, one of the most prestigious car makers in the world, and home to tons of models ranging from Lamborghini to Audi. The data that was put at risk belonged to around 3.3 million people in the United States and Canada. The news was first reported on Friday by CNN. 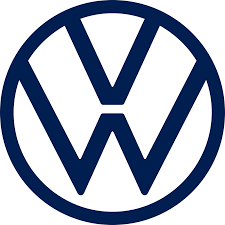 The leaked customer information includes a variety of personal data, like email IDs, driver’s license numbers, phone numbers, and, in some cases, even Social Security Numbers.

So far, the company has contacted some 90,000 of the 3.3 million individuals affected, most of whom are connected to Audi. All such people will be eligible to receive free credit protection by Volkswagen itself.

It is interesting to note that the information that was leaked did not come from the servers of Volkswagen (or Audi) proper, and instead resided with an external vendor. The data was collected over a period of 5 years, between 2014 to 2019. Volkswagen said that the data had been collected for general marketing purposes, and had, sadly, been saved in an unprotected, vulnerable file.

Apologizing to its current and prospective buyers, the company has advised them to watch out for “suspicious emails” that may ask them to provide their sensitive information.

Volkswagen is just one of the many companies which have recently faced cyber attacks, putting the personal information of millions (and sometimes billions) of people at risk.

Just a few days ago, it was revealed that a massive data breach, the largest of its kind of all time, had made vulnerable passwords and other sensitive data from over 8.4 billion users. Billion, yes, you read that right. Game maker Electronic Arts, too, recently faced an attack where hackers took off with a huge data file containing game source codes.

Last month, Facebook and LinkedIn each saw data breaches that put the information of millions of users at risk. In fact, the data of owner Mark Zuckerberg himself was among the information leaked at Facebook. Colonial Pipeline, the largest fuel pipeline along the east coast of the United States too, was hacked last month, and the firm ended up paying $5 million in ransom to the hacker group.