Volvo cars set a price on carbon emissions. Where every tonne carbon emission in operations is valued to be losing 1,000 Swedish crowns ($116.30). Negotiators of COP26 have been trying to push the goals. But some only some countries will be paying to cut the carbon emissions. Volvo says that they deliberately set a higher price so as to ensure “future proof” on itself. 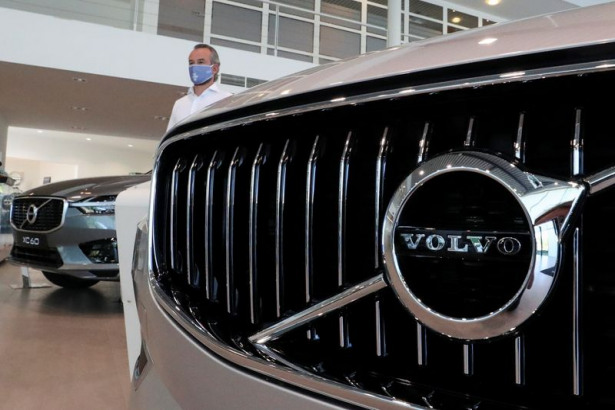 Volvo says that it is the first company to set such a price. It will be implemented across its whole operations. So, it wouldn’t just be that Volvo makes electric cars, but the making of vehicles is also made in sustainable ways. The company pledged to be carbon neutral by 2040 in the recent COP26 talks. The price set by the company is double the current set cost by European Union Carbon trading scheme.

Throughout the life of a vehicle, a carbon price will be set. It will be implemented once the vehicle goes through a “sustainability sense-check”. As the carbon price set by Volvo is high, it would ensure that they are even more profitable even when they are under a much higher price set by the government. Chief financial officer, Björn Annwall said in a statement, “A global and fair price on CO2 is critical for the world to meet its climate ambitions, and we all need to do more,”

On Wednesday Volvo and other major automakers came to an agreement to be carbon neutral by 2040. This took place in presence of many government ministers who came to make a deal. The crucial aspect of the meeting was to agree on the rules for realizing the 2015 Paris Agreement. This agreement was to keep the global temperature from rising more than 1.5 degrees celsius.

In the coming years, the current agreement by companies and governments will change policies and regulations all over the world. Countries that are vulnerable to climate change played an important role as they kept pushing for COP26. They decided that the pledges should be reviewed every year rather than every five years, to ensure progress. However, there was also a concern on how poor countries would be strained on this matter. In the end, the British Government didn’t set a particular date to review the pledges again but said that it should be done within this decade.