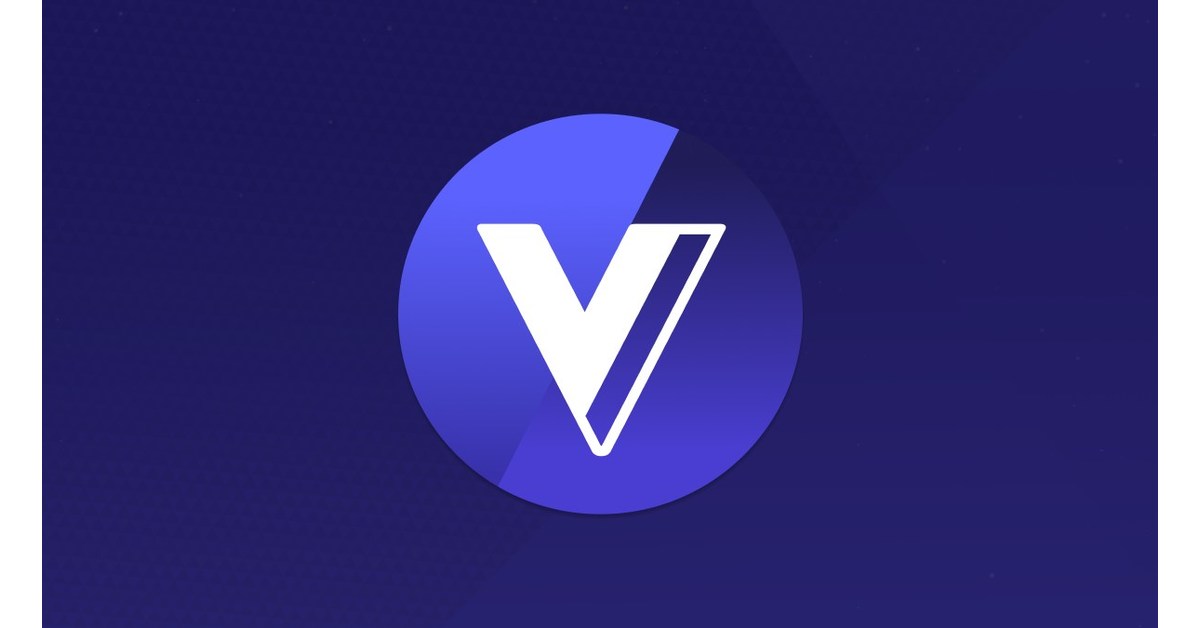 In the recent past, one of the most popular and rapidly growing industries includes the cryptocurrency industry. Since it was first introduced, there has been a rapid surge in the overall success of the crypto world and as a result, it has managed to catch the eye of many potential investors from all across the globe.

Having said that, it is only logical for me to assume that, a majority of you are already familiar with the basics of the industry but, if for some reason you are still not aware of the industry, let’s talk about that first.

To begin with, cryptocurrencies are nothing but decentralized blockchain-based platforms or simply a form of virtual currency which can be used for a variety of purposes including the purchase and sale of goods and services as well as for the purpose of trade and exchange over crypto exchanges online.

As mentioned, cryptocurrencies use commonly known blockchain technology for all their operations which also helps in recording and verifying all the transactions that happen over the network, while completely eliminating the risk of counterfeiting and double-spending. Also, being decentralized, the industry is very well capable of working outside the overall control and jurisdiction of central authorities and without any unnecessary government interferences.

When the industry was first introduced, there were not many people interested to be a part of it and frankly, not many currencies were available back then either. On the contrary, looking around today, it seems almost unreal to see various currencies coming up with each passing day and numerous potential investors are joining in every hour. 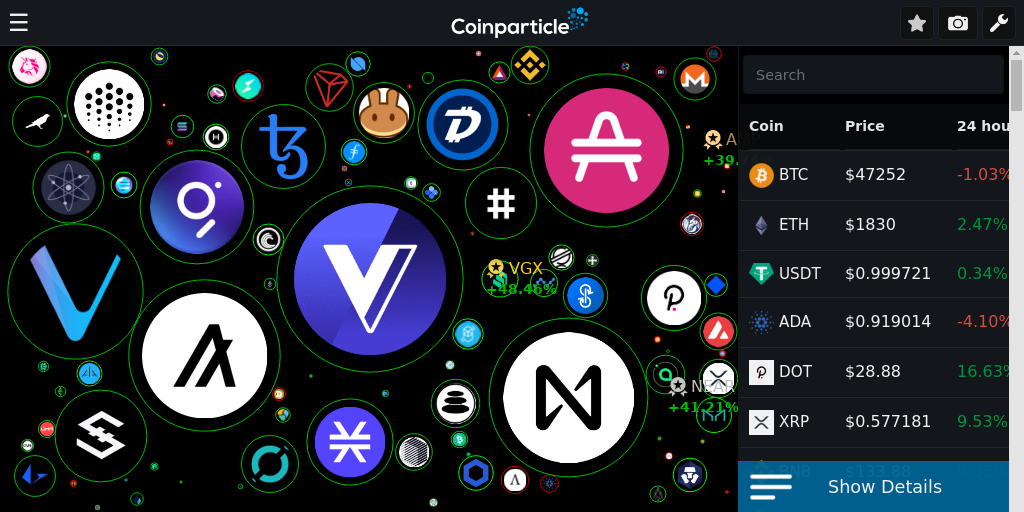 In addition to this, some of the major reasons for this huge success of the currency include its volatility, high-profit margins, security, the convenience it offers as well as its intuitive nature of course. Also, it is worth noting that, being volatile, the cryptocurrency marketplace is extremely uncertain and the price fluctuations are almost immediately, thus making it very difficult for you to predict the future trend. Therefore, it is advised that, whenever you are planning on investing in virtual currencies, do it with due diligence.

You should be aware of the fact that, if the industry is giving you a chance to earn huge profits and generate quick money, if not done right, you could also end up having significant losses as well. Not just that, speaking of a lot of currencies available today in the marketplace, some of the major currencies that you can invest in right now includes Dogecoin, Bitcoin, Ethereum, Binance Coin, as well as Baby Doge to name just a few of course.

As per the chatter amongst some of the leading global experts on the field, crypto is one such industry that is said to completely revolutionize the entire global payment system, and honestly, from where I stand, it seems like it has already begun to do so as many businesses, merchants and shopkeepers have started accepting cryptocurrencies as an official mode of payment from their customers, replacing physical money to some extent.

Now that you have a brief backstory about the crypto world, you will be able to have a much better understanding of what we have with us today, Voyager Token. To know more, I suggest you read further!

Everything to know about Voyager Token (VGX)

Voyager token or as commonly referred to as VGX is nothing but a broker for virtual currencies that is said to provide investors with a secure and much-trusted access point to trade crypto assets. In simpler words, Voyager is a broker mobile application, available for both IOS and Android, enabling users to purchase, sell, invest as well as swap cryptocurrencies on the platform itself.

As of today, the said application is said to connect over a dozen cryptocurrency exchanges for more than fifty virtual currencies, while offering up to nine percent APY on some assets. However, it is worth noting that, Voyager is developed in order to serve both institutional and retail investors with an immediate solution for trading cryptocurrency-based assets.

Also, you should probably be aware of the fact that Crypto Trading Technologies is the mother company of Voyager Token and is known to be led by a group of people with vast experience in the field of online brokerage services. The founders of the said project are Philip Eytan, Gaspard de Dreuzy, Stephen Ehrlich, as well as Oscar Salazar.

As mentioned previously, the cryptocurrency brokerage service that was launched about three years ago back in October 2018 currently supports nearly 55 crypto assets and also has a unique and fairly distinctive smart order routing technology that is known to connect it with over a dozen cryptocurrencies exchanges online. 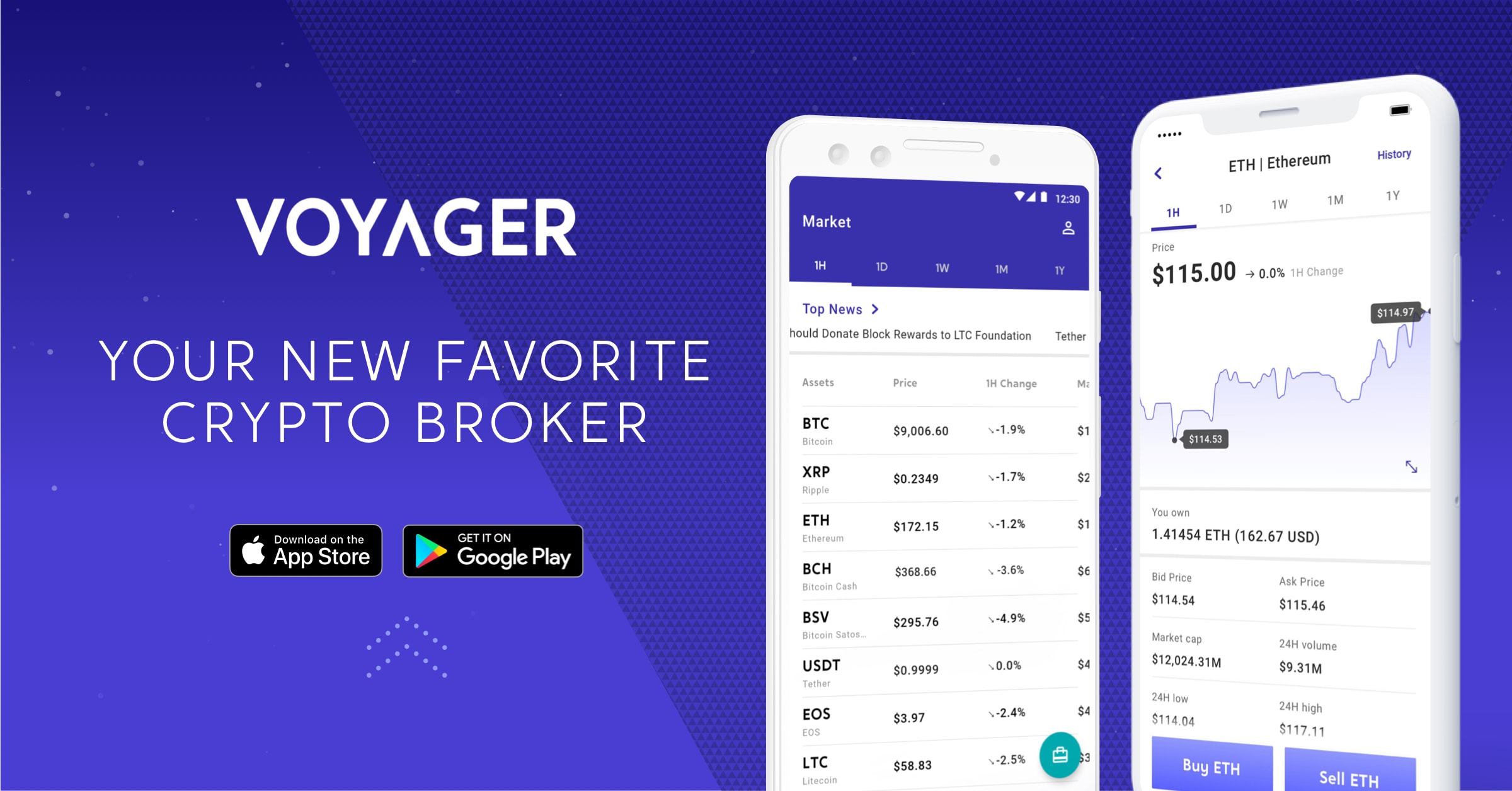 Not just that, the mobile application of Voyager is said to have launched in January 2019, making it much more easier for users on the platform to trade cryptocurrencies. In addition to all of this, it is vital for you to know, VGX is said to be the native utility token of the platform which can be used for a variety of purposes like to reward users within the Voyager ecosystem, offer cashback rewards, as well as for staking.

Apart from this, Voyager is one such platform that is known to offer transactions that are completely free from any commission including the purchase and sale of crypto assets. Traders are only required to pay the quoted price when executing a particular order on the platform.

Lastly, you should be aware of the fact that Voyager and the popular crypto exchange Coinbase, both are known to offer an extensive selection of various cryptocurrencies, support for institutional clients as well as interest rewards. However, they are all not the same and have certain differences as well including the fact that Voyager is one such platform that is best for mobile-centric crypto traders and who want access to a fairly simple user interface with low fees and multiple options for account fundings.

Though it doesn’t really offer as many features and products as Coinbase, it is arguable much better for staking as it allows you to earn about 12 percent interest, while Coinbase only allows nearly 5 percent. Apart from this, considering everything else, we come to a conclusion that, Voyager is a much better option for beginners. 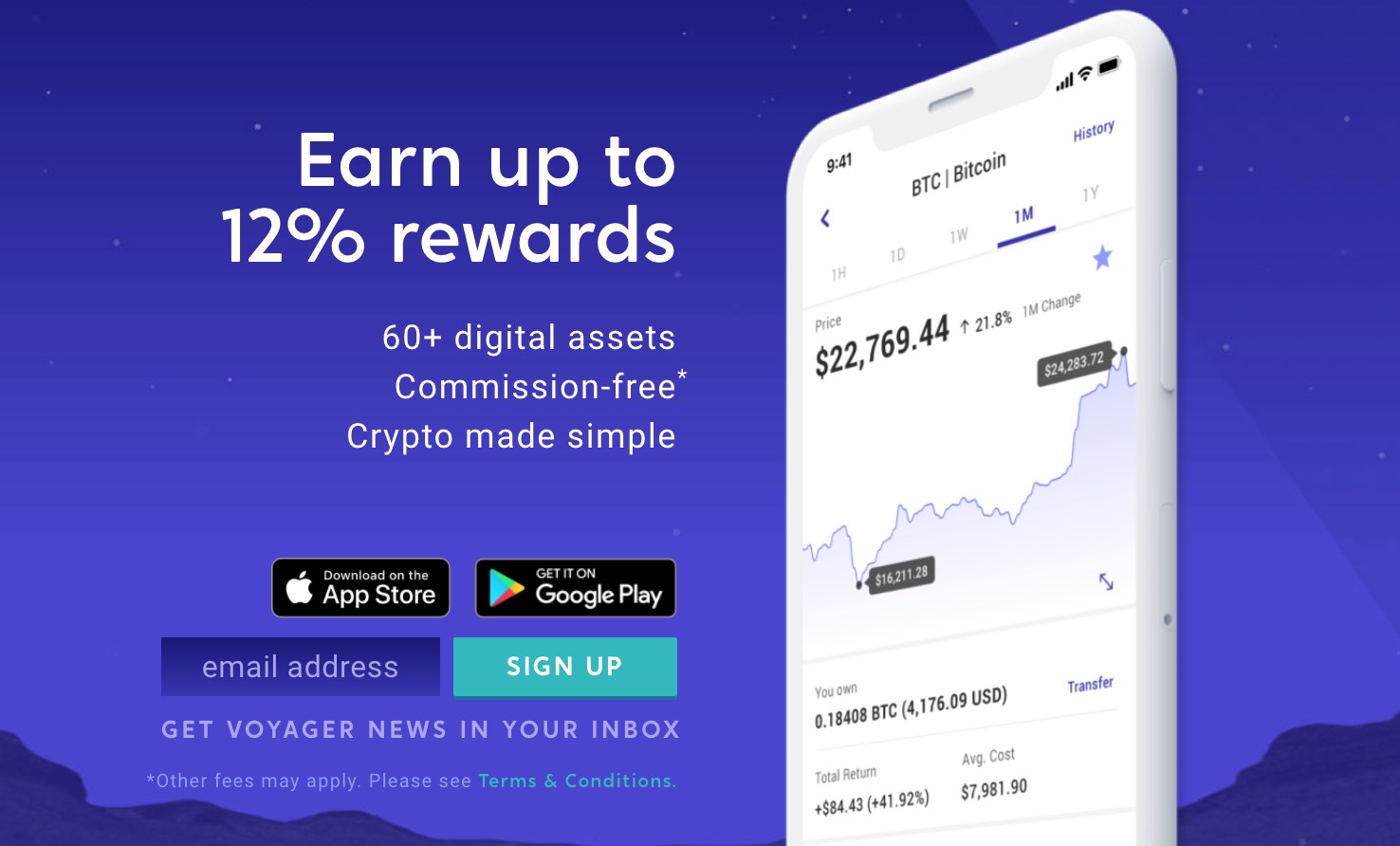 Voyager token is said to be using a Smart Order Routing technology that is known to take advantage of various discrepancies amongst listing prices on crypto exchanges. Also, this is the technology that plays a major role in allowing the platform to connect instantly with several cryptocurrency exchanges for investors to choose the best exchange rate they can find for their transactions.

Not just that, this very feature also means that users on the platform can even evaluate the spreads amongst asking prices, bid as well as higher levels of liquidity across various cryptocurrency-based exchanges. Although Voyager offers professional trading services, it is extremely easy to use, especially when compared to others in the marketplace.

The order submission on the platform is done with the help of Voyager’s Smart Order Routing. Now, after you select the coin or the token, the type of order as well as the amount of the asset to be bought in USD, this system will fill out the order, all on its own.

Now that we have talked much about Voyager Token, some of you must be wondering, whether or not it is a good idea to invest in the platform? If that’s the case, then let’s find out, shall we? 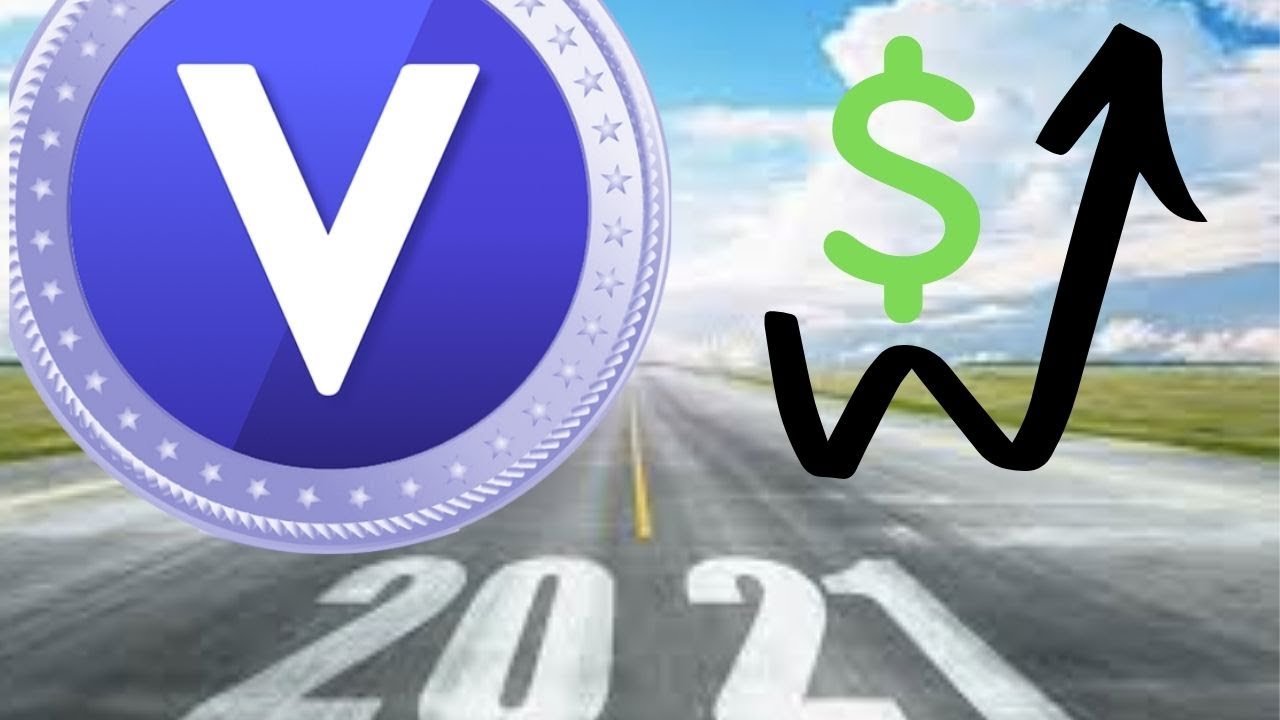 As of today, the price of Voyager Token is about 4.50 US dollars with a twenty-four-hour trading volume of 20,750,078 dollars. Not just that, in just the past twenty-four hours, the value of Voyager has gone down by 4.64 percent, and with the current market cap of 1,252,434,400 US dollars, VGX is currently placed at #90 position as per the CoinMarketCap rankings.

Also, it is worth mentioning that, the current circulating supply of Voyager Token is nearly 278,482,214 VGX coins with a maximum lifetime supply of about 279,387,971 VGX coins. In just the past week alone, the price of the platform has gone uphill by 5.93 percent.

Reading so far, you must have gotten a fair understanding of the platform and by now, you should be able to figure out on your own whether or not investing in Voyager Token is the right thing for you to do. Seeing what it has to offer when combined with its performance in the recent past as well as its plans for the near future, I certainly believe that Voyager can prove to be a profitable investment in the near future, which is likely to provide you with higher returns and it is a possibility that your current investment may increase in value. But again, nothing can be said for sure! 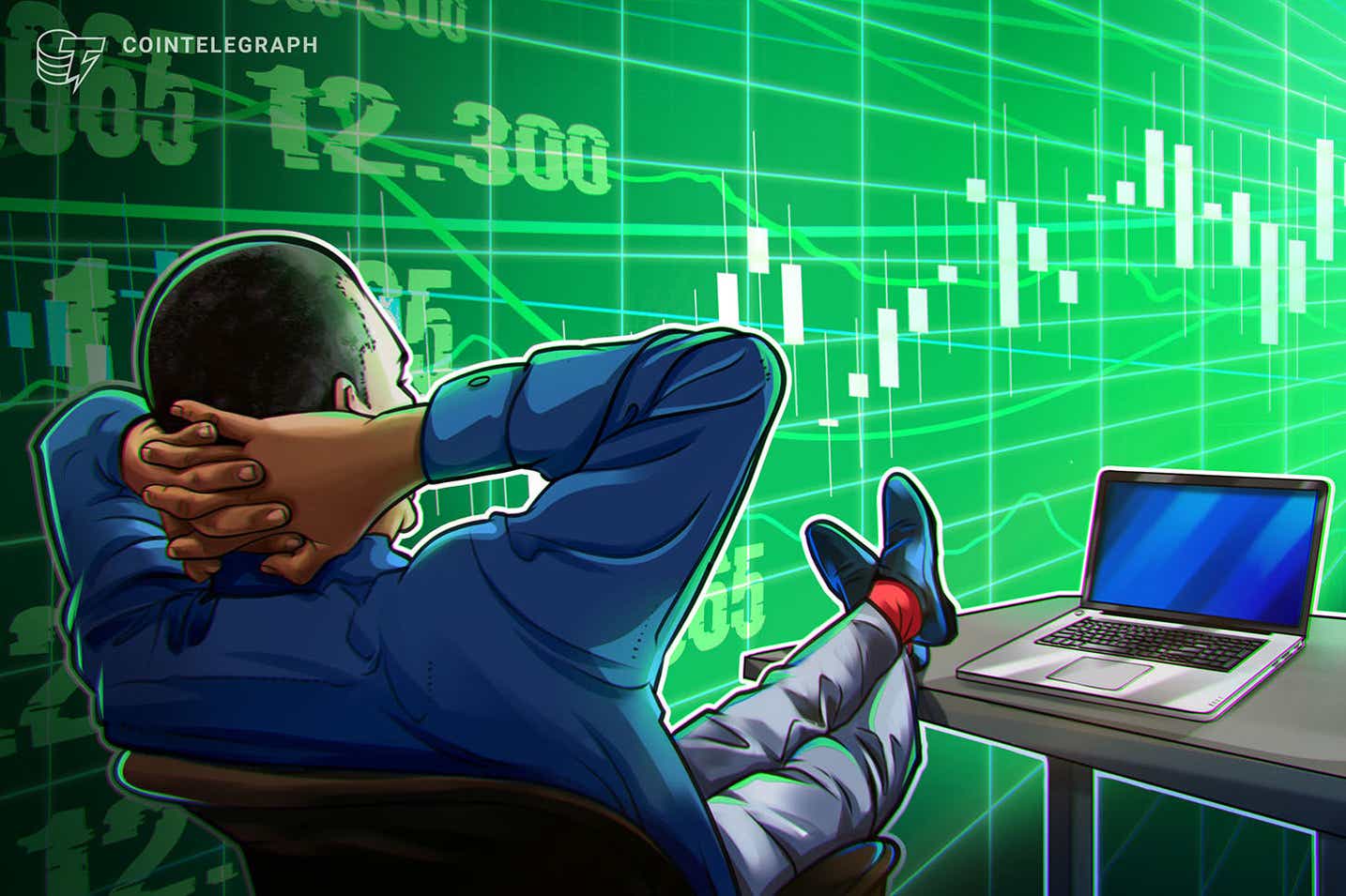 As mentioned at the very beginning, crypto is a highly volatile marketplace and is extremely uncertain. Thus, It is very important for you to understand the fact that just like any other currency in the crypto marketplace, Voyager Token does have its own risks as well and you should invest only if you are willing to take those risks and bear any and all losses if at all necessary.

If you are wondering, where can you buy Voyager Token? Let me help you with that. Currently, Voyager Token is available on all major crypto exchanges but, some of the popular exchanges that have VGX listed on them include Binance, Mandala Exchange, FTX, Coinbase Exchange as well as Gate.io to name a few.

In conclusion, what are your thoughts on Voyager Token? Do let us know in the comments below. To know more about various cryptocurrencies, do check out other articles we have on our website. Thank you for your time & if you found our content informative, do share it with your investor friends!

Also read: Stacks: Everything you need to know