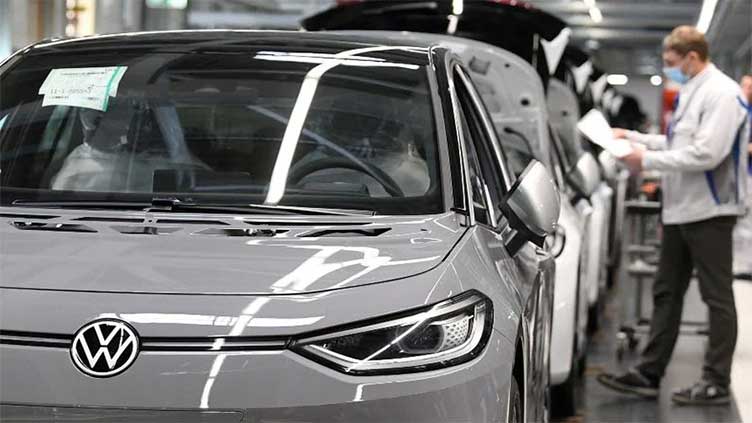 Volkswagen is going to finalize plans for its 2 billion euro EV factory in the coming weeks. Alongside it plans to speed its production time, keeping up with its US rival EV maker, Tesla. The factory is said to be up and running in 2026 by using techniques like large die casting and component cutting in its vehicles by several hundred.

VW’s rival, Tesla claims to be able to churn out Model Y in 10 hours in its Giga Berlin-Brandenburg factory located near the German capital in Gruenheide. While the Volkswagen plan can manufacture ID.3 electric car three times much longer than Tesla. Volkswagen brand production chief Christian Vollmer told Reuters, “Our goal is clear: we want to set the standard with our production. If we can get to 10 hours, we have achieved something big.”

The productivity rate of the carmaker is around 5% a year, which takes bigger leaps to stay at the top in the European market. Vollmer stated about the productivity rate focus without providing a new percentage target. After Japan’s Toyota, Volkswagen is the world’s second-biggest carmaker with stable brands under it, from Skoda, VW, Seat to Audi, Porsche, and Bently. They have a 25% market share in Europe, ahead of Tesla’s market of 13%.

Keeping up with rivals

The pressure on German carmakers to both master and ramp up EV production has been intensified by Tesla’s presence in the country and Volkswagen Chief Executive Herbert Diess has warned Germans must speed up to avoid getting beaten on their own turf.

Volkswagen’s goals align with a wider trend in the industry of simplifying product ranges and streamlining production as carmakers scramble to find the cash to fund the electric transition. It will keep up with rivals like Tesla that don’t have to juggle making EVs as well as cars with combustion engines. “Tesla really ignited the drive for reducing part counts and making simpler products,” Evan Horetsky, a partner at McKinsey who was formerly in charge of engineering at Tesla’s new Brandenburg plant, said. “Legacy manufacturers have a more difficult time because they have to maintain current orders.”

Furthermore, a Tesla spokesperson said one of the reasons it can produce its Model Y vehicles in Germany within a 10-hour time frame is because it uses two giant casting presses, or giga-presses, applying 6,000 tonnes of pressure to make the rear of the car. Its Gruenheide press shop can produce 17 components in under six minutes. With six more giga-presses on the way, Tesla will soon be making the front of the car with the giga-press too.