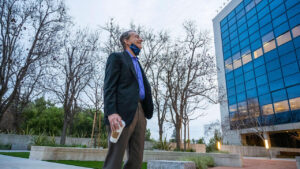 Comparatively, Bob Swan, the former CEO earned just 217 times as the average worker at Intel in 2020. Gelsinger, on the other hand, earned 698% higher than him. About 79% of his total compensation came from $178.6 million in stock awards.

Evidently, salaries of executives have kept on rising in the US in the recent years. Similarly, Tim Cook, Chief Executive of Apple earned 1,447 times more than the average Apple worker’s salary in 2021. Despite a revolt against it by the Institutional Shareholder Services, Apple Shareholders ultimately approved the pay package. Reportedly, even Intel has requested its shareholders to vote in favour of the pay package for its CEO. The annual shareholder’s meeting is set to take place on May 12, 2022.

Gelsinger as the CEO of Intel Corp:

Intel was previously the world leader of the industry of the chip-making technology. Following Gelsinger taking charge of it, he disclosed a turnaround strategy for the US chipmaker to revive its lost dominance in the semiconductor technology. Currently, the industry is dominated by Taiwan’s TSMC or Taiwan Semiconductor Manufacturing Company. The chipmaker’s shares rose 6.8% in the past year post the decline of around 17% year prior to that. This was due to the manufacturing crisis the company saw, along with its struggle with intense competition. On Wednesday, the shares were up 0.3% at $52.41.

Intel presented the initial details of its $88 billion investment plan earlier in March. This plan reportedly spans across six countries in the European Union. Additionally, it includes a significant investment in Germany.

Previously, Pat Gelsinger was the Chief Executive Officer of the firm VMWare Inc. This was prior to his return to Intel Corp as the main head of the chip making company. He had devoted 30 years at Intel Corp before leaving the company in 2009.

The regulatory filing revealing his earning for last year, also disclosed its details. It stated how his compensation included the one-time new-hire equity awards, which had a target value of about $110 million.