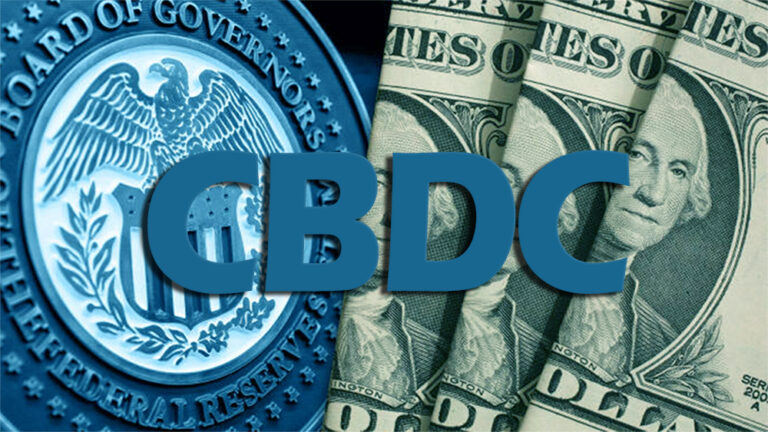 Like all other nations, the United States is also considering whether it is going to launch a Central Bank Digital Currency or not. More importantly, how it plans to do so while mitigating the risks involved. Well, we might think that a CBDC is going to be a net positive for the nation. But the, Wall Street believes that Fed’s CBDC could destroy banks and crack the foundation of banking.

The problems with Fed’s CBDC in the US

Many lobbyists who were against a digital dollar sent letters on the same to the Central Bank of the US. Since this is a completely new technology and has never been implemented by a large economy before, it is difficult to say whether a nation will benefit from it or not. Research shows that CBDCs would have an overall negative impact on disrupting the financial system and also pose security and privacy issues to consumers. The benefits are much more meager when compared to the downsides.

Now, if we think about why banking would be harmed if the Federal Reserve releases its own CBDC? It is rather simple. The way a bank works is consumers deposit their money, and banks give them lower interest rates while loaning out the same funds for higher rates. If the Fed’s CBDC sees the light, most consumer deposits will go to the Fed. The American Bankers Association pointed this out, saying that “deposits accounting for 71% of bank funding are at risk of moving to the Federal Reserve.”

Federal Reserve issuing CBDCs directly to users would all spell trouble regarding privacy and security. Senator Ted Cruz thinks that the Feds don’t have the authority to provide retail accounts, and it should not change. If this changes and they start to issue CBDC to individuals, then all data of Americans would be in one place, which could be a huge security risk. This is why Ted has also introduced a bill against this.

According to Ted Cruz, the key goals of CBDCs should be to preserve financial privacy, promote innovation, and retain the dollar’s dominance. And failing to do so will turn the Federal Reserve into a retail bank with authority to violate consumers’ privacy and gather data.

What are your thoughts as Wall Street believes that Fed’s CBDC could destroy banks? And do you think a digital dollar will bring trouble to the US economy? Let us know in the comments below. Also, if you found our content informative, do like and share it with your friends.