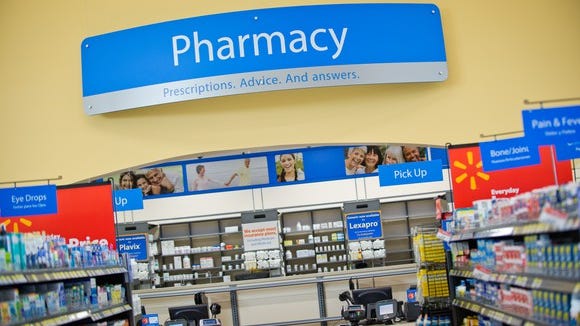 On Tuesday, December 22, 2020, Walmart was accused by The Justice Department of contributing and playing a role with repercussions to the opioid epidemic. The department stated that Walmart failed to report suspicious orders of opioids and other drugs that were placed by the pharmacies. It was also reported that Walmart unknowingly filed thousands of invalid prescriptions.

Walmart is a multinational retail corporation based in America and founded in the year 1962 by Sam Walton. IT operates a chain of hypermarkets, grocery stores, and discount department stores and is headquartered in Bentonville, Arkansas. The pharmacies operated by Walmart are more than 5,000 across the US.

From May 2019 to May 2020, the death accounted for by the overdose of synthetic opioids in the US has reached more than an alarming number of 81,000. The Justice, according to them, has rightfully held the retail giants accountable for fueling it.

The federal authorities in the civil complaint alleged that Walmart committed thousands of violations of the Controlled Substances Act. They are authorities are seeking billions of dollars in penalties.

Jeffery Bossert Clark who holds the position of acting chief of the Justice’s Civil Division throws light on the matter and vocalizes her concern a Walmart is one the largest wholesale drug distributors and pharmacy chain. She believes that Walmart had the means and responsibility to prevent the deflection of prescription opioids. She also sternly said that Walmart has done the exact opposite of what can be called responsible which contributed to the epidemic of opioid abuse throughout the country,

Drug Enforcement Administration’s Head Timothy Shea said that the retail giant Walmart’s pharmacies have routinely and consistently filled illegitimate prescriptions. She stated that the ones responsible for this are turning a blind eye while too many lives have been lost because of the failure in overseeing and management of transactions of opioids.

After a year-long investigation conducted by the Prescription Interdiction and Litigation Taskforce of the Justice, the actions are seen in a positive light. Federal officials said that Walmart intentionally filled great many controlled substance prescriptions that were not fit out for authentic clinical purposes or in the typical course of clinical practice, and that it filled prescriptions outside the conventional course of drug store practice.

Countering this lawsuit, Walmart filed a legal action itself and independent in October that claimed that Justice’s primary focus was the clout and headlines rather than an ultimate solution to the opioid crisis. Walmart also blamed the government for not carefully monitoring the doctors who can be deemed suspicious. 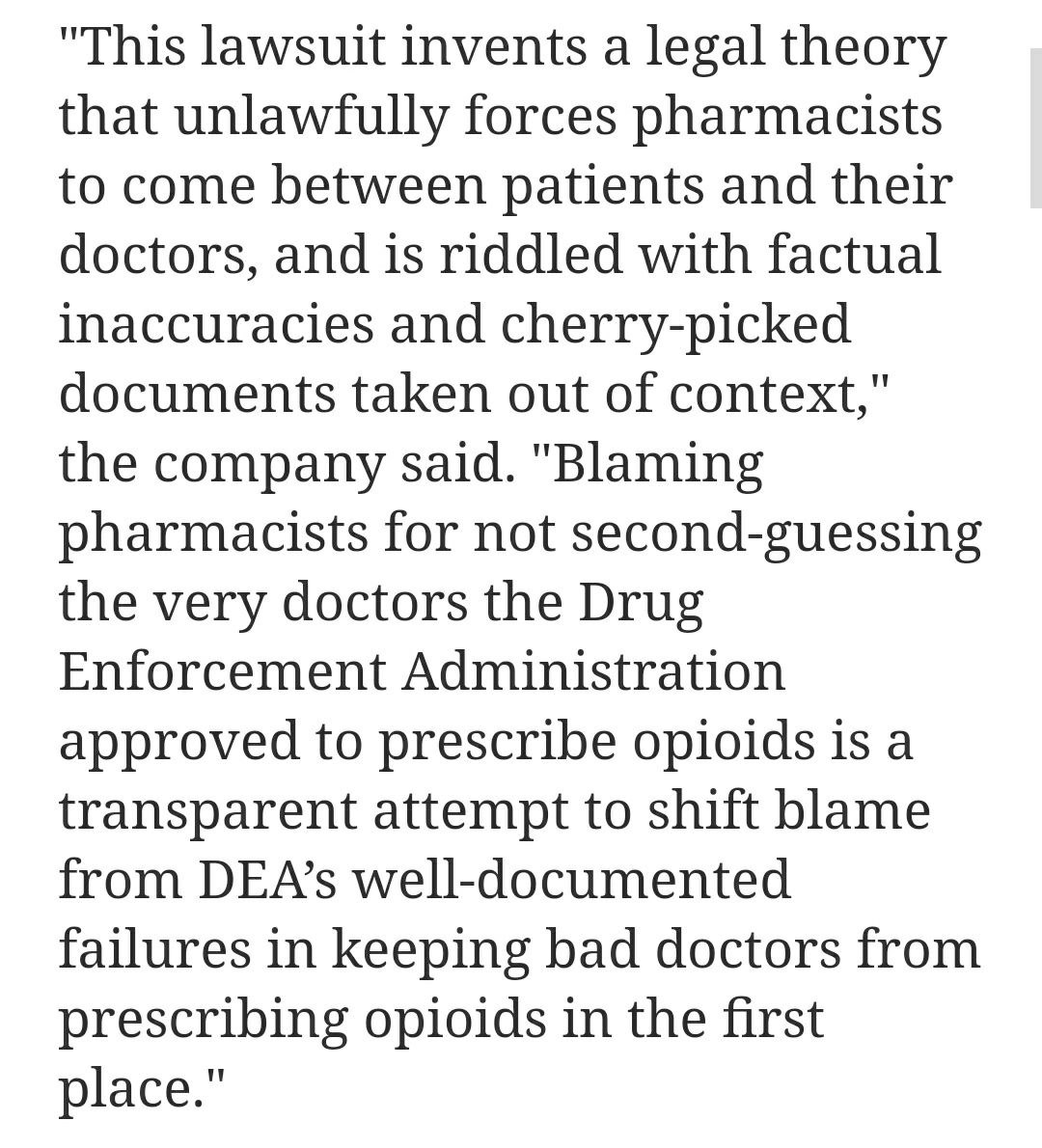 The federal authorities had a very different opinion from that of the company. 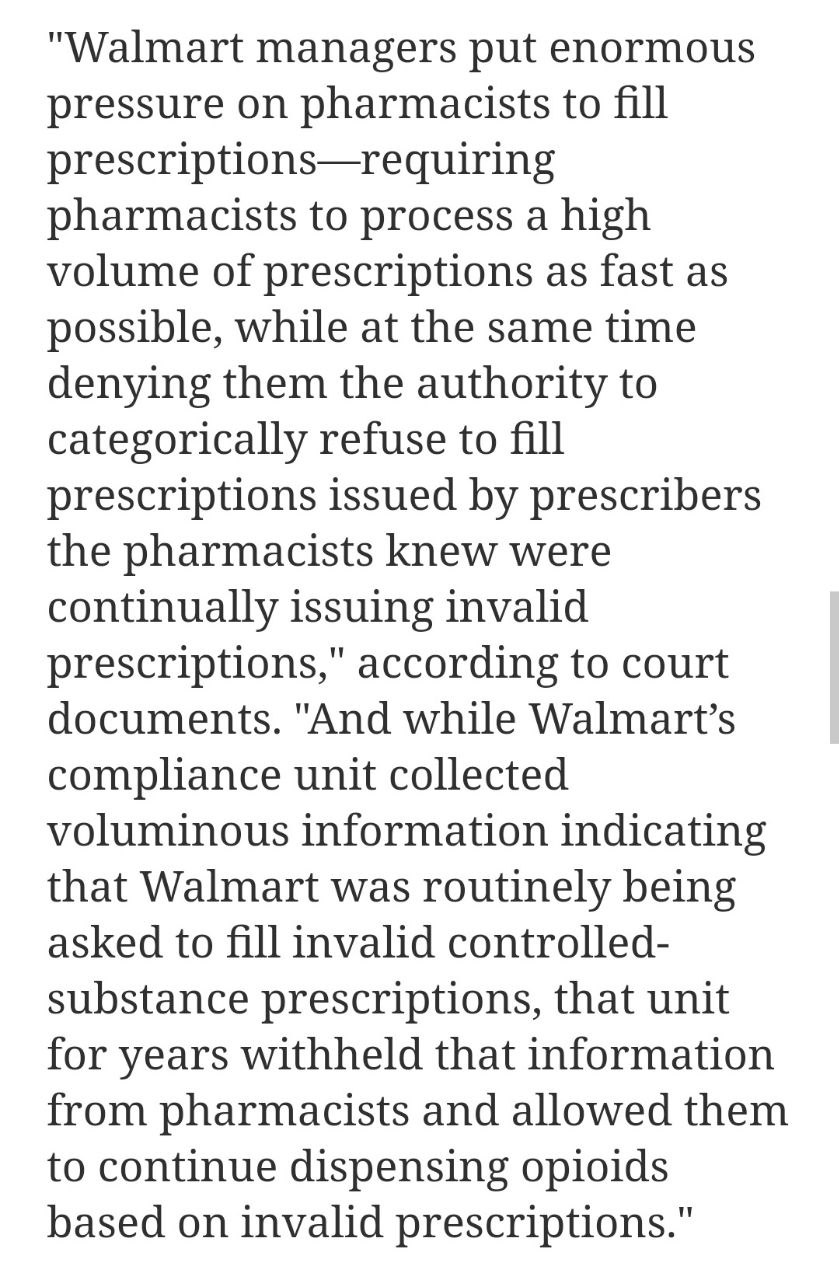