Walmart, the world’s largest retailer by revenue, is now selling Bitcoin in hundreds of its U.S. locations. Customers may buy cryptocurrencies through Coinstar ATMs located throughout the retailer’s massive large box stores. On Oct. 12, a CoinDesk editor tested the service by purchasing a modest quantity of Bitcoin at a Pennsylvania Walmart. 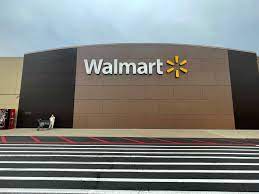 Walmart communications director Molly Blakeman told CoinDesk via email that “Coinstar, in cooperation with Coinme, has launched a pilot that allows its customers to use cash to purchase Bitcoin.” “This pilot includes 200 Coinstar kiosks that are positioned within Walmart shops across the United States.”

Coinstar is most recognized for letting customers exchange coins for cash, gift cards, or paper bills. Coinme, a cryptocurrency wallet, and payment company that specialised in Bitcoin ATMs have made it possible to buy Bitcoin (BTMs).

A paper voucher is given once bills are inserted into the machine. Before the voucher can be redeemed, you must first create a Coinme account and pass a know-your-customer (KYC) check. According to the Coinstar website, which was verified by CoinDesk, the machine costs a 4 percent fee for Bitcoin and a 7 percent fee for cash exchange.

Following a hoax last month in which a bogus press release claimed that Litecoin (LTC) would be accepted as payment at Walmart stores, CoinDesk tested the service out of an abundance of caution. The Bitcoin-Bentonville link is real this time. According to a source familiar with the pilot, the Litecoin fiasco has deterred Walmart, based in Bentonville, Ark., from publishing a press announcement.

The cryptocurrency ATM market is rapidly growing, spurred in part by the COVID pandemic. In response to a surge in usage, Coinstar announced intentions to treble its fleet of 3,500 Coinme BTMs by 2020.

But Walmart, which has long been regarded as the crown jewel in the mainstreaming of crypto financial services, has gone another step forward – even if the 200-kiosk experiment is pocket change for a corporation with 4,700 stores and a market capitalization of $409 billion.

Given Walmart’s shared connections with Coinme and MoneyGram, the possibility for crypto-enabled financial services for lower-income users is alluringly close, but the store did not explain further its crypto aspirations.

This is because some crypto ATM operators ignore the relatively high degree of criminal activity attracted by the machines, he claims. Money mules, people traffickers, and other con artists fall within this category.

According to Sattler, who is also a prominent contributor to the recently convened Cryptocurrency Compliance Cooperative, DigitalMint has rejected and refunded $5 million to fraud victims over the last 18 months, despite accounting for only 5 percent of total BTM transaction volume.

In an interview, Sattler said, “Large retailers need to make sure they know the vendor they’re getting into bed with and what that organization is doing to manage risk.”

Also read: How Sublime Plans to Solve Over-Collateralization in the DeFi Space