Artificial Intelligence (AI) has been instrumental in bringing about innovations in various fields. It helps in learning and development for machines and helps them grasp concepts which are usually handled by human like intelligence. AI is now used to forecast, observe and evaluate. This has made possible so many things which were deemed impossible.

One can always wonder if there is any limitation to such a process. It may be difficult to limit what one can achieve with the help of an extremely powerful concept such as the Artificial Intelligence (AI).

While driving, consciously and subconsciously many activities are going through the drivers mind. The Ford team along with a neuroscientist was successful in building an EEG integrated race helmet. This EEG integrated race helmet is capable of measuring electrical activity that is going on in the driver’s brain. This helmet is equipped with sensors which perform this function. 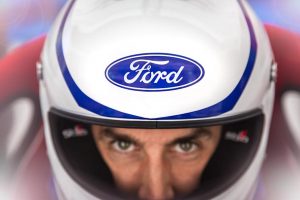 The team was led by Dr Elias Mouchlianitis of the Institute of of Psychiatry, Psychology & Neuroscience, King’s College London and Yates Buckley, technical director at UNIT9. While explaining the process Dr Elias Mouchlianitis said, “Using EEG, we could make a mental map of the track, and measure the mental energy that the driver is dedicating to the task. Through this innovative approach, we have the ability to work with a whole new set of metrics.”

Dr Elias Mouchlianitis lead the team in data collection, monitoring the driver’s brainwaves and conducting the measurements of the driver’s concentration and reaction times while they were taking a series of virtual driving challenges.

According to a sports psychologist Dr Rita de Oliveira, “The experiment is actually quite exceptional as we’re using expert drivers, which is a population that researchers don’t often have access to, and using a control group of normal drivers. Mental training can reinforce the neural connections that are used in driving performance, so this has interesting applications for everyday life. It’s an area that is new and we don’t know much about yet.”

This helmet is a result of joint collaborations between many concepts such as iterative product design, neuroscience, machine learning and data analysis. The sensors present in this EEG helmet measure activities that are mainly associated with the cognitive functions. These are memory, attention, speed of processing and fatigue.

EEG stands for electroencephalogram. This technology is capable of measuring brain waves. This experiment was able to deduce that a racing driver’s brain is trained to such an extent that they are always ‘in the zone’. Their focus level while driving is higher than that of a normal person. And their performance was 40 percent better when it came to avoiding distractions.

The other participants, have surprising results too for the mental exercises. Both the groups who practiced the breathing meditation and the visualization techniques had showed considerable amount of improvements of about 50 percent. Their mental reactions were quite similar to that of the professional drivers.

Once undergoing a simple mental training before facing the task, the participants can improve their performance and can successfully ignore distractions. Thus improving the overall performance and making them more successful.

Anirudhh Ravidran who is working as a research scientist for Ford’s Brain-Machine Interface research team says, “It is all about recording electrical activity of the brain. You can measure this from any part of the brain and these signals can be analysed to understand what the brain activity means.”

Woman Loses Her Savings After Being Scammed For Getting Double Money Via Bitcoins.

You can now pay for amenities using Bitcoin in North Dakota