Watch: Gulf News now has a NFT marketplace Dubai: Gulf News is now the proud owner of its very own NFT collection, created and made live for the first time in a virtual or digitally. 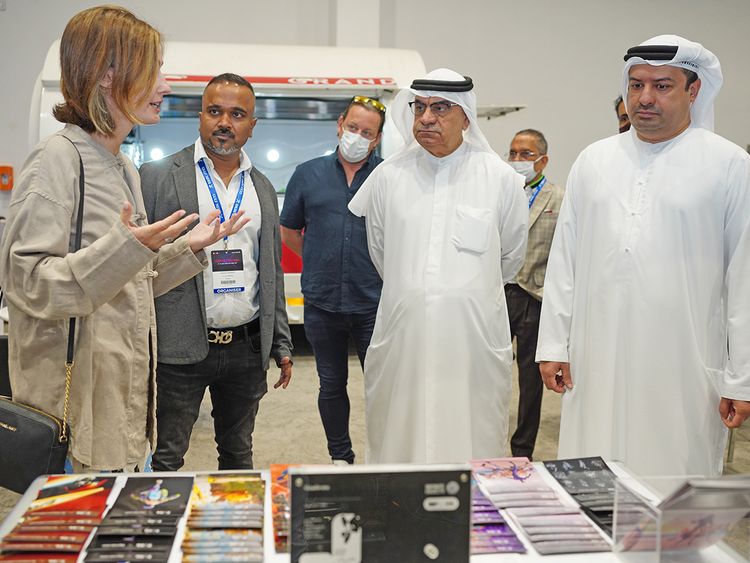 For the first time, Gulf News has its NFT collection, which was created and brought to life utilizing virtual or digital technology.

Gulf News used the decentralized exchange (marketplace) function when Virtua was created as a blockchain-based platform for virtual reality (VR).

Paul Wallis, Virtua’s Head of Art, recently announced that Gulf News has joined the company’s network of NFT partners. The firm has collaborated with companies such as Paramount, Hero ISL, Williams Racing, and Legendary Entertainment.

According to Wallis’ statements, Gulf News is once again embracing the field of Web3, which is a new version of the internet that incorporates blockchain technology and the Metaverse. “Today, Gulf News is rejoining the Web3 arena,” Wallis remarked.

Wallis went on to say that once the Metaverse is fully operational, Gulf News workers would be allowed to host gallery exhibitions on their own time.

“We created a series of color, sepia, and black-and-white images that are priced so that everybody can afford to buy a piece from this collection.”

Wallis made this comment before the Gulf News VR (virtual reality) display was made public. An NFT artwork may be acquired from a gallery in the same manner as any other piece of art, without regard for its intended purpose.

A collection of non-fungible tokens (NFTs) will be shown to the public for the first time this year at Dubai’s Museum of the Future. When this collection is finished, it will be called The Metaverse’s Most Beautiful NFTs.

It has previously been said that “The Most Beautiful Building on Earth” will be the inspiration for the museum’s inaugural NFT release, which will be “intrinsically tied to ‘The Museum of the Future.'”

The UAE’s Vice President and Prime Minister, Sheikh Mohammed bin Rashid, who is also the Ruler of Dubai, was a notable guest during the museum’s formal opening in February.