BCI stands for Brain Computer Interface. It is a very fascinating concept that enables its user to have an interaction with computers only through their brain activity. Such activities are generally measured by EEG which is a short form of ElectroEncephaloGraphy. Once the interested person purchases the BCI device one can easily connect their brain to the machines, artificial intelligence (AI), robots and many other devices.

According to Sarah Marsch who is a news reporter at the Guardian, “Brain-computer interfaces (BCI) aren’t a new idea. Various forms of BCI are already available, from ones that sit on top of your head and measure brain signals to devices that are implanted into your brain tissue.”

The product lead at Neurable, Dr Ramses Alcaide was the one to get the idea about developing such a product. He is said to be very much inspired by uncle’s successful engineering of his own prosthetic leg. After this, Dr Alcaide decided to make use of technology which will be useful and be able to assist those who are suffering from physical mobility.

These headphones are able to function based on the knowledge that human beings have only two to three hours of time duration in order to showcase high productivity daily. This device helps to maximise productivity and manage time by suggesting break time periods which then leads to increased amount of focus throughout the day. 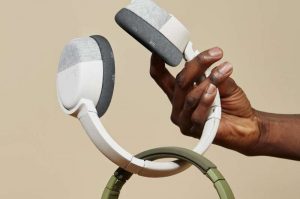 These headphones are also equipped with active controls which are capable of automatically silencing the notifications while the user is busy or in deep focus while performing a task. It also uses a number of passive controls in order to reduce the number of distractions.

Dr Alcaide made a number of observations when he was just a PhD student working with differently abled individuals. He made a note of discrepancy between the ability of the prosthetics compared to the brain reading technology. This experience and observation that he made ultimately inspired him to develop a product which was able to enable technology to directly interact with the human brain in real time.

This set of headphones is designed specifically to be used daily and for practical purposes. Many things have been kept in mind and incorporated in the design in order to make this product user friendly. The headphone’s sensors are made out of cloth which makes it easy to move on and off of the wearer’s hands. According to Dr Alcaide, this is the first such headphone model which is made out of scratch for its users to use daily.

Dr Alcaide also said that he and his team did not simply make this product a reality for the sake of innovation, rather they really wanted to make sure the user of this product would experience the utmost level of ease and comfort while using this product. The company Neurable has made it clear that they intend to use Brain Computer Interface (BCI) in order to help people all over the world in order to solve their real life problems.