Robots are considered to be highly important and efficient. They are seen as vital parts especially in sectors such as construction, production and logistics. Most of these sectors include materials that are heavy in nature or conditions are considered to be dangerous for the human workers. Robots can be deployed in such places to make sure that all activities are carried out smoothly and with no error while also reducing the risk that involves getting human workers harmed.

Recently there have been many developments in the Robotics industry with more affordable and efficient robots being rolled out. Many construction companies are now showing interest in such robots as they are considered to be beneficial for both, the company, by improving the efficiency of work and also for the workers, by improving the safety conditions at work. As more and more updates are made available, the robots are getting easier to access.

Recently a robot maker company, Agility has launched a human-like robot named ‘Digit’ to be open for purchase. This robot is available and can be purchased directly from the company, Agility. This robot is currently priced at $250,000. The company has recently made an announcement to notify those who are interested to purchase this robot.

The company Agility was created by researchers from the Oregon State University. The robot developed by this company, named Digit, is a human-like robot. This robot has been engineered specifically to carry out manual labour which includes moving boxes from shelves and loading them on to a truck. This Robot is expected to add huge value to its buyers in the concerned sectors.

The robot Digit has two arms and two legs and is capable of walking around. This robot vaguely resembles human shape. It has flat and toe less feet with the knees that bent backwards. This robot does not contain a head or any hands. This robot is equipped with a computer that allows it to function and carry out tasks autonomously without any supervision. 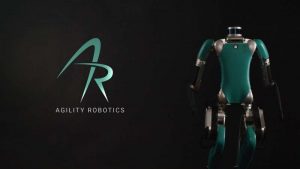 Digit the robot is extremely durable and contains a lot of strength. Hence it is considered to be a very good alternative to carry out laborious tasks. This robot is covered with a thick metal frame and is capable of moving around just like a human does. Digit is capable of bending over and picking up a box and carrying the box to its desired destination. It is also capable of climbing the stairs.

On its web page, the company claims that Digit has been engineered to get out of the research lab and into the real world where it can do useful things. The company made this statement because most of the robots which have been developed in recent years were for research purposes. The scientists all over the world were striving to provide these robots with more and better capabilities. The company claims that Digit is now ready to be put to good use by its customers.

Researchers team at the Agility noted that Digit can prove to be ideal for companies that are looking to replace their human laborers with robot laborers, especially under the conditions the entire world is right now due to Covid 19 pandemic. The company also claims that the robot Digit is capable of working anywhere human beings are already working.