Know where to watch Space Jams: A New Legacy

Space Jams: A New Legacy is directed by Malcolm D. Lee releases on July 16, 2021 and streams on HBO Max. Starring one of the best NBA players of all time, the four time champion LeBron James alongside Don Cheadle, Sonequa Martin-Green and Zendaya is available for streaming on HBO Max. click here subscribe to HBO Max 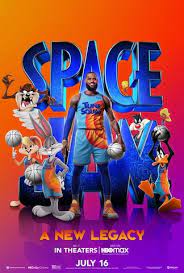 Space Jams is released 25 years after Tune Squad vs Goon Squad  sequel to the 1996 comedy. The first featured film released by Warner Bros back in 1996 starring Michael B Jordan definitely did not disappoint audiences. Space Jams: 2 a $150 million budget movie is a much awaited sequel and is received with mixed reviews by audience.

🚨 NEW TRAILER ALERT! 🚨 LeBron James and the Tune Squad only have one shot to win the highest stakes game of their lives. Watch them battle it out on the court against the Goon Squad in Space Jam: A New Legacy in theaters and HBO Max – July 16. #SpaceJamMovie pic.twitter.com/TC1tnFy0EX

James was quoted as saying, “I’ve always loved Space Jam. It was one of my favorite movies growing up. If I have the opportunity, it will be great.”

The movie presides over a frictional relationship between father and son. The son who wants to develop video games but the father is more interested in him playing his sport. The son is captured in a tyrannical AI and a credulous father on a mission to save his son has to help the Looney Tunes members win a basketball tournament.

As of now it is not confirmed on which sites besides HBO Max will stream Space Jams 2 for the rest of the world.

The critics have given mostly negative reviews for Warner Bros and their use of similar plots:

“The movie throws so many gags at the screen that several jokes actually stick. But the purposeful sensory overload mostly yields head-spinning stupefaction, leaving a viewer feeling like Wile E. Coyote after hitting a mesa wall.” writes Glenn Kenny from the New York Times.

Whether the plot is overworked or not the buzz created around this film shows that it is one that audience will not miss.