According to The Information, several posts on LinkedIn, and Blind, Waymo, Alphabet’s self-driving technology division, quietly fired employees on Monday. The layoffs at the self-driving car company come after a wave of firings at Alphabet and Google late last week.
Waymo stated that “a limited number of roles” would be affected. However, it is still being determined how many employees will be impacted.

According to posts from former workers, all types of staff were let go, including recruiters, fleet and vehicle technicians, and engineers who worked on perception and motion control. According to a source with knowledge of the situation, Waymo is discontinuing Waymo Via, its trucking division. 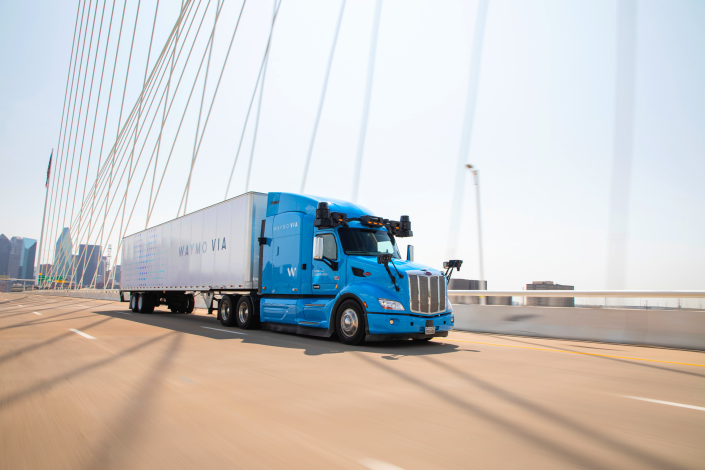 Waymo refuted reports that it was shutting down Via and reaffirmed its commitment to eventually scaling up its freight trucking solution. A spokeswoman did confirm that Waymo was modifying its plans to deploy fully autonomous trucks for hauling freight. According to the spokesman, Waymo will continue to build its “Driver” in a way usable across business lines, including motorway skills that can be used for both trucks and ride-hailing.

After the year we just had, it’s not shocking to see news about company layoffs in 2023. Most businesses, including Alphabet, make course corrections after making employment decisions based on an economic reality that is no longer the case. Approximately 12,000 employees, or 6% of Alphabet’s global workforce, were let go last week, including, as we are now discovering, some members of the Waymo team. Area 120, Google’s internal incubator, suffered greatly from the layoffs.

However, Waymo‘s layoffs may surpass the superficial economic problems impacting almost every technological company. Many investors and OEMs are now less optimistic about the future of autonomous vehicles, at least shortly, due to Argo AI’s shutdown last year.
The issue of self-driving cars is constantly challenging and expensive to tackle. TuSimple, a rival in autonomous transportation, has reduced personnel by 25% to streamline operations and maintain profitability. TuSimple decided to slow down freight expansion as part of its restructuring, especially concerning unprofitable shipping channels.

Waymo presently manages several robotaxi operations in California and Arizona, and it recently accomplished the milestone of allowing the general public to take autonomous rides to the Phoenix airport. If Waymo is truly discontinuing or scaling back its trucking programme, it will be able to shift funds to robotaxi initiatives to compete more effectively with Cruise, the GM company that is on par with Waymo in terms of technological advancement.

Recent calls for CEO Sundar Pichai to cut costs were made by activist investor TCI, who cited Ford and Volkswagen’s decision to abandon their self-driving initiatives and the closure of Argo AI as justification.

Currently, Waymo’s robotaxi services in California and Arizona are its primary source of income. Waymo started charging for fully autonomous rides in San Francisco and downtown Phoenix in November, but the business has been operating with paying clients in Chandler, Arizona, for a while. Waymo would neither confirm nor deny that its ongoing and upcoming pilot programmes with trucking companies, including C.H. Robinson, J.B. Hunt, and Uber Freight, are currently profitable.