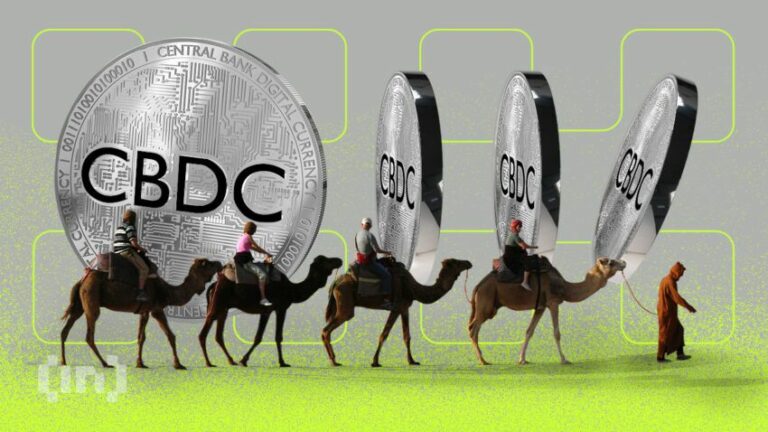 The Saudi Arabian Central Bank revealed its CBDC Experiment in a press release from today. The announcement indicates that the central bank intends to keep trying out different CBDC implementation scenarios. The announcement expressed the nation’s desire to keep looking into all relevant issues of a CBDC. Noting in particular that “A phase of a project that causes on the domestic wholesale

CBDC use cases in collaboration with local banks and FinTechs,” is being worked on by the country’s central bank.
In a statement, the Saudi Arabian Central Bank continued to work on the CBDC experiment. In addition, the news release indicated that the Saudi Central Bank is leading the project (SAMA).

The statement says, “the project aligns with several central bank’s CBDC initiatives across the globe.” Adding the phrase “part of SAMA’s ongoing research and experimentation on CBDC” to the development description. In the following paragraphs, they emphasise their investigation into the “…economic impact, market preparedness, and possible robust and quick applications of a CBDC-based payment system.”

The CBDC development’s newly stated experimentation is only the initial stage. It states that before going on to the next stage of the CBDC journey, the Central Bank is scheduled to “review policy, legal and regulatory considerations.” This is consistent with Saudi Vision 2030 for the country.

CBDC will include local banks and payment businesses

Additionally, it was stated in the press release that SAMA H.E. Fahad Almubarak had promised that “Local banks and payment companies will always be the cornerstone of this project and its implementation.” On the other hand, it claims that throughout the CBDC’s development, it has already initiated communication with “…both local banks and fintech, as well as other market actors and third-party consulting and technology suppliers.”

The applications of a CBDC-based payment solution, as well as the economic impact and market viability of a state-issued digital currency, were all studied by SAMA. In addition, policy, legal, and regulatory aspects will be reviewed. The action is a part of Saudi Vision 2030, a plan to diversify the country’s economy, lessen its reliance on oil, and expand public service industries, including health, education, infrastructure, leisure, and tourism.

The digital currency project and implementation will substantially involve local banks and payment businesses, according to SAMA governor H.E. Fahad Almubarak. In 2019, SAMA carried out the experiment known as “Project Aber” with success. Together with the Central Bank of the United Arab Emirates, it looked into the potential benefits of blockchain technology for international payments.

The banks published a report on their findings in late 2020, concluding that a dual-issued CBDC was technically feasible for international transfers and offered “significant improvement over centralized payment systems in terms of architectural resilience.”