Market is a volatile space; you cannot afford any technical issues while the windows open for trading. The constant greens & reds are the signal that the market is still breathing. Their stoppage will lead to complete rash of the market which will be devastating for the entire economy at large.

On Monday once such outage occurred in the country’s largest bitcoin & cryptocurrency exchange platform WazirX. To know more information; let’s get inside.

The exchange is the most trusted bitcoin & cryptocurrency exchange for all countries. They were incepted in the year 2018 while in 2019 it was acquired by Binance. It is founded by Nischal Shetty, Sameer Mharte and Siddharth Menon.

They try to make a secure & established space digitally for people who try to make themselves a part of cryptocurrency revolution. They give facility of buying, selling & trading digital currencies with optimal trust & confidence.  The currencies like Bitcoin, Ethereum, Tron, Ripple & Litecoin. The major products popular are WRX Token & WazirX API. 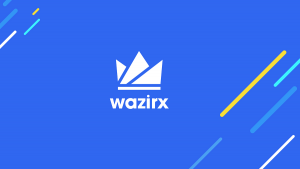 Panic was created when the platform crashed due to technical server issue. In the last 24 hours their own cyptocurrency; WazirX tokens managed to grow 145%.

However ; the founder posted a lot of tweets assuring the investors saying that “We’ve hit some internal limits set by one of our infrastructure providers. Working with them to get this increased asap. Please bear with us while we get this resolved,”

On Sunday the founder told that the platform has managed to trade $ 270 million which is by far the highest trading volume by any exchange up till now. Later on the issue he clearly mentioned that “No matter how much you prepare for traffic, some system loads are crazy. Wallet is safe, yes. The load on our systems are way too much. Scaling is taking longer.”

The Chief Operating Officer Siddhartha that we are experiencing the all time high traffic and the team is trying to get over it quite fast. Funds are showing discrepancies in the figures; they will be restored as soon as the site gets in form.

Cryptocurrency is still not that into Indian trading a lot. Therefore; when such technical issues occuring such sensitive zones; people get panicked.

Its natural and its definitely the loophole on the part of the technical functionalities. Imagine; sensex crashes for even 5 minutes; the results would be very disturbing. Same applies to every exchange as it is a road which cannot be closed otherwise the entire journey comes to halt.