Wearable Biofuel Cell: the Next Big Thing Can Produce Electricity from Human Sweat 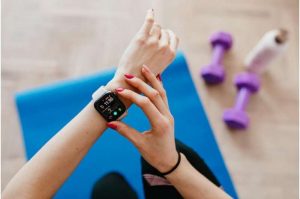 Every passing day the researchers, scientists and engineers are trying their best to find newer and cleaner forms of energy. They are striving to find a source which will be able to support itself and will not involve much cost. Another important feature is the sustainability factor, and this source must not be harmful for the environment. So far the scientific advancements have been able to produce many such alternatives which are clean sources of energy. But the constant efforts to search for something better remains.

Isao Shitanda, Associate Professor at the Tokyo University of Science, Japan is currently leading a team of scientist for an experiment. The study was carried out in collaboration with Dr Seiya Tsujimura from University of Tsukuba, Dr Tsutomu Mikawa from RIKEN, and Dr Hiroyuki Matsui from Yamagata University, all in Japan.

The experiment is using sweat as the only source of power for the wearable electronics, in an efficient way. Isao Shitanda says “In our experiments, our paper-based biofuel cells could generate a voltage of 3.66 V and an output power of 4.3 mW. To the best of our knowledge, this power is significantly higher than that of previously reported lactate biofuel cells.”

The team presented a novel design which was published in their recent study for the Journal of Power Sources. The design is for a biofuel cell array. This cell makes use of a chemical named lactate. This chemical is found in sweat. They aim to develop this cell which will be able to produce enough power to support the biosensor and any wireless communication devices for a short period of time.

In the past few years as the technology advances the devices which are being made are becoming smaller and smaller in size and yet are being capable of supporting a large number of data. Wearable biosensors are not excluded from this trend. As the smartphones and the laptops are shrinking and are storing more data, other devices are following the same trend.

The job of wearable biosensors is to measure specific biosignals of the user. These are then sent wirelessly to smartphone devices or computers. These are meant to be worn directly on one’s skin and can be used to keep track of the user’s health.

The new biofuel cell looks similar to paper bandage that can be worn on the arm or forearm. It is made out a water repellent paper. On top of which multiple biofuel cells are laid in series and in parallel. These number of cells are depended on the amount of power required and the output voltage.

This biofuel cell works in a very simple and interesting way. In every cell there is an electrochemical reaction taking place. This reaction is between lactate and an enzyme present in the electrodes. This in turn produces and electric current. The current produced now flows to a general current collector which is made out of a conducting carbon paste.

Dr Shitanda explains, “We managed to drive a commercially available activity meter for 1.5 hours using one drop of artificial sweat and our biofuel cells.” He further adds, “and we expect they should be capable of powering all sorts of devices, such as smart watches and other commonplace portable gadgets.”