“Web3” Centralization is exposed via MetaMask and OpenSea Blocks

Several Venezuelans and Iranians have been denied access to MetaMask’s Web3 wallet. Some Iranian users have also been restricted by OpenSea. The blocks draw attention to Web3’s centralization issues. 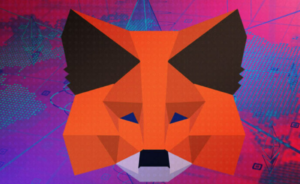 Users are being censored by MetaMask and OpenSea, two of the most extensively used Web3 applications. The obstructions were first reported on social media on Thursday afternoon.

Multiple MetaMask users in Venezuela and Iran reported that they were unable to access the Web3 wallet, while MetaMask said that Infura, the service provider the wallet uses to access Ethereum, “is unavailable in certain jurisdictions due to legal compliance,” in a short note updated an hour before press time.

Users in certain restricted regions would receive an “error message” while trying to access the wallet, according to the letter. ConsenSys, the Web3 software business founded by Ethereum co-founder Joe Lubin, produces both MetaMask and Infura.

While a VPN might conceivably be used to get around the ban, MetaMask has informed impacted users that they must export their wallet recovery phrase. MetaMask can’t completely prevent users from accessing their Ethereum wallets, so they should still be able to get their money back.

Aside from MetaMask, OpenSea, the world’s largest NFT marketplace, is purportedly preventing Iranian consumers from using its site. Several NFT artists flocked to Twitter today to say they couldn’t get into their accounts, which means they couldn’t look at their listings or sell their work.

Luna Leonis, a well-known illustrator in the NFT community, told Crypto Briefing in a private message that she initially ran into difficulty early Thursday morning. “I attempted to check one of my listings and discovered that I am unable to access my account at all.” When I log in, it says ‘Oops something went wrong,’ and any previous link in any of my tweets, etc. leads to a 404 error.” She can no longer see any of her minted or gathered items on the platform.

Domiri Ganji, an NFT photographer, told Crypto Briefing that he first learned about the blockages from other Iranian colleagues. He then went on to check his account and discovered that he had been barred as well. “I’ve already sold over 35 NFTs, and they’re all gone.” Collectors are unable to display them on their OpenSea pages, and I am unsure what I can do about it.

“All I can say is that I’m sorry this happened,” he wrote. “How can they ban an account without notifying anyone or sending an email?” “Can they know or be certain that someone lives in a given location without even asking for our identification or evidence of residency?” he added.

Bornosor, another artist and collector, tweeted that the ban was based on “blood” rather than IP address. They revealed how Parin Heidari, an Iranian artist working in Italy, had been taken off the platform and her collection delisted. Heidari also stated that she had been unable to enter the marketplace earlier in the day.

Centralized bitcoin exchanges frequently impose restrictions on users based on their location. The distinction is that MetaMask and OpenSea are frequently marketed as Web3 infrastructure, yet the bans demonstrate that they can be single points of failure.

The most popular Web3 wallet is MetaMask, and the most popular NFT marketplace is OpenSea, raising issues about how decentralized Web3 really is. In recent months, long-time Bitcoin supporter Jack Dorsey has expressed open skepticism of Web3, given the considerable funding the space has gotten from Silicon Valley heavyweights like Andreessen Horowitz.

Several cryptocurrency proponents have speculated that the recent wave of restrictions may be related to US sanctions against Iran and Venezuela. Following Russia’s invasion of Ukraine, the White House has stepped additional sanctions against the country, which could be a harbinger of things to come for Russian Web3 users.

Bornosor is concerned that the blocks will intensify, citing the MetaMask instances earlier today as an example. They wrote that the OpenSea issue was “only the beginning.”

Also read: Ken Griffin has softened his anti-crypto stance: ‘This call hasn’t gone well for me”