There has been a slight up turn in funding for this week for Indian based start-ups which is definitely a good sign for what the future holds. A total of $ 800 million USD was injected in to Indian start-ups for the week. A total of 27 different start-up companies were able to pen deals in the country. Less than $ 700 million was invested into companies last week. 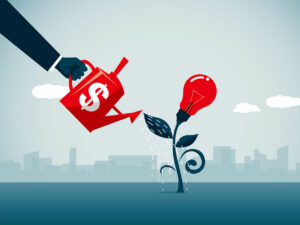 Stashfin which is a fin tech company received the biggest investments amounting $ 270 million USD. Their funding took up over 35% of total start-up funding for the week.

LeadSquared which is a marketing automation platform for businesses received an investment of $ 153 million USD and after the funding, the company also attained the status of a unicorn, crossing the $ 1 billion USD valuation mark.

Cashify, which is a platform where people can buy and sell consumer electronics has received funding amounting to $ 90 million USD. This was a round E of funding and was primarily led by NewQuest Capital Partners.

LeapScholar which is making waves in the education tech industry of the country received funding amounting to $ 75 million USD. For an industry that people say is past its best, $ 75 million USD is pretty impressive.

Chaayos, which is a tea retailing chain, received funding amounting to $ 53 million USD. The company was started by two IIT graduates and they are combing tech and AI with tea to bring a personalised tea experience for their customers.

Statiq which is building a network and infrastructure of electric car chargers has received an investment of $ 25.7 million USD in a round that was mainly participated by Shell Ventures.

Waycool which combines agriculture with tech received a $25 million USD investment while WeRize which is a fintech company has recived $15.5 million USD.

Immuneel Therapeutics which is pioneering the bio and pharmaceutical space received a $ 15 million USD funding.

While yet another financial tech company in the name of Finbox received a $15 million USD investment.

Vahak which is a road transport platform received $14 million USD in funding to round up the very impressive list.

It looks like the funding climate for Indian based start-ups is slowly but surely getting better and hopefully, the days where $1 billion USD was being invested weekly comes back soon.