What entrepreneurs can learn from the Mangalyaan mission !

What a proud day it was for all of us Indians yesterday ! Mangalyaan entered Mars orbit ! India achieved the ‘near impossible’ when it carried out this mission successfully ! This mission has lots to teach all of us running any kind of businesses or programs. Below are some of the learnings for entrepreneurs from the Mangalyaan mission. 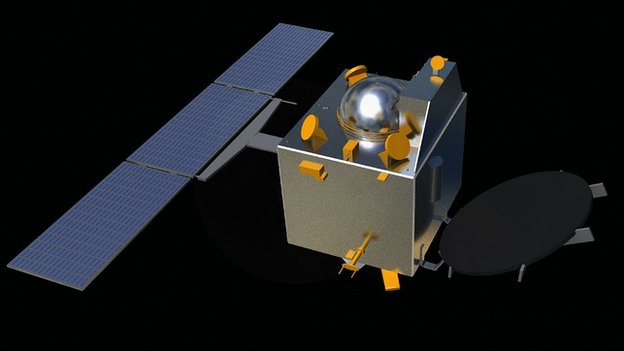 1. Nothing great can ever be achieved without taking risks

India successfully put its Mangalyaan satellite in the orbit around Mars on Wednesday morning (local time), propelling the country into a select club of interplanetary exploring nations. Since 1960, there have been 51 global missions to Mars and the overall success rate stands at 42% so the odds were loaded against the Indian Martian entry. No country had been successful in the first attempt. ISRO had to achieve its objective in a very very tight budget. The risk was still taken, a thorough preparation was done. No stone was left unturned in preparing for the big task at hand. All the hard work finally paid off. The Mangalyaan mission was a huge success. In his address to nation the Prime Minister Mr Modi also stresses the importance of taking risks.”Innovation, after all, by its very nature involves risk; as you are trying to do something which has not been done before. It’s a leap into the dark. Humanity would not have progressed, if we had not taken such leaps into the unknown. And space is indeed the biggest unknown out there.”

Big achievements never come without big risks ! Every entrepreneur has to make risk taking a part of his or her DNA !

2. Rely on existing experience when trying something for the first time.

For the Mangalyaan mission  our budget was tight.India relied on technologies it has used before so that the number of ‘unknowns’ in the mission could be reduced and the cost could be kept low. With our startups too, most of the times we are dealing with tight budgets. Relying on the existing experience of the team when trying something new and taking a calculated risk might help us mitigate the risk to some extent and increase the chances of success.

3. Deep focus on the end objective leads to success.

As a startup founder, there are too many things that excite you every day. You are eager to incorporate each and every exciting feature into your product. Other than increasing your costs, this can made you lose focus and can make you deviate from your objective. Understanding your core objective and understanding basic necessities to achieve those objectives can be the deciding factor between success and failure !

In case of the Mangalyaan mission to ISRO focused on the basic necessities to succeed in its mission.”To hold costs down, India relied on technologies it has used before and kept the size of the payload small, at 15 kilograms. It saved on fuel by using a smaller rocket to put its spacecraft into Earth orbit first to gain enough momentum to slingshot it toward Mars. Going around the Earth and raising the spacecraft’s orbit using a propulsion system rather than relying on a heavy launch vehicle lowered the overall cost of the mission”, Mr. Radhakrishnan said.

India carried out its Mangalyaan mission in a cost an amazingly low $74-84 million. After India had carried out nuclear-weapons tests, other countries refused to share their technical know-how, limiting India’s access to sophisticated technology. India had no option but to develop its own  technology.  India had no choice left but to innovate ! This need to innovate our own way to do things made India achieve the impossible !

In business too, instead of aping ways of others, if we try and look at things from a fresh perspective, we can come up with new ways of achieving what we want against all odds and might give the world a completely new way of doing something !

5. Diamonds are in the detail

The distance between Earth and Mars can vary between 54.6 million km to 401 million km. Even at its closest approach, Mars is like a fast moving Rs 5 coin about one kilometre away. So it is not surprising that many have failed to reach that planet. The mission at hand was extremely difficult. The planning had to be thorough. Everything had to be planned to the last detail.