What We Know About Exomecha 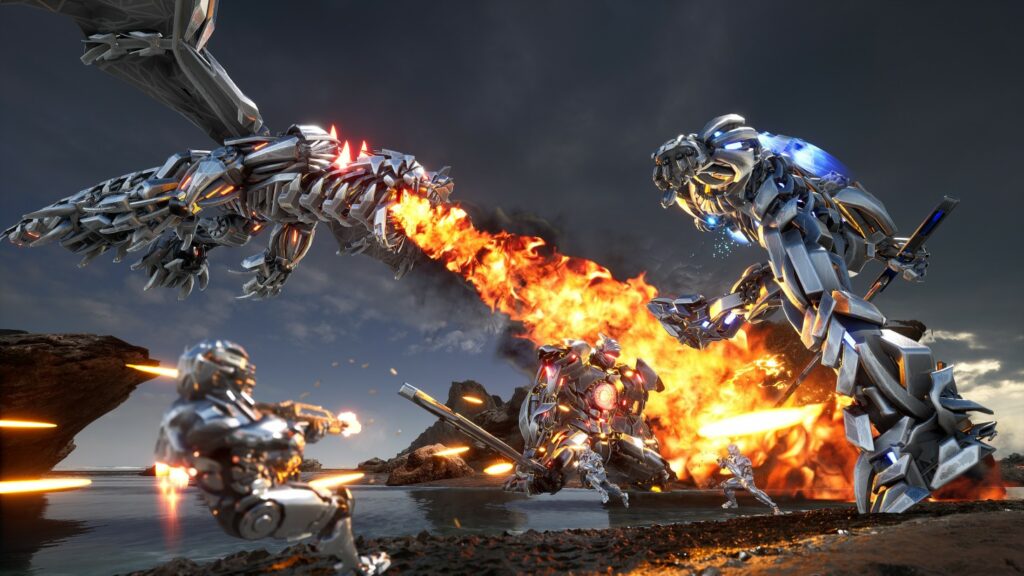 The Xbox Indie Games Showcase was packed with new Xbox games that will hit the market in 2021. The show’s biggest announcements and trailers have been put together as well as a list of games that will appear on the first day of Xbox Game Pass. Exomecha has had a world premiere at the Xbox Game Showcase, and we are happy and excited to share all the details.

Exomecha is a free-to-play online first-person shooter set on a planet called Omecha. It is an upcoming free online shooter from Twisted, set on the fictional planet of Omegas. The gameplay will allow players to hop onto their personalized mechs and battle and destroy enemy teams for a planet’s resources.

It is full of showdowns between factions seeking to control and claim the planet’s resources.  Omecha Planet is a that is claimed by several species who are struggling to gain access to its resources. As more battles and more species take over the planet, the map changes.

Players fight with a mix of long-range weapons and melee weapons such as swords and shields that are used to battle enemy melee slings. As the name of the game suggests, Mechs is all about bringing together the ability to use firearms, weapons, and shields. The Mechs-Weapon / Shield combination is the most powerful weapon in the game, but it is also the most difficult to master because of the nature of approaching the enemy.

TwistedRed says that Mech Skill Points are adjusted for damage, treachery, agility, and health. There is a lot going on in a seemingly fast-paced competition shooter with a Transformers-like atmosphere and the feeling that you are dealing with a giant robot. The game gives the vibe of Halo, Transformers and Battlefield merged together and it definitely gets people excited.

A closer look at the extensive fighting situation was shown to the fans with the new gameplay trailer released recently. The latest gameplay trailer for Exomecha gives fans an exciting insight into how the action will unfold in August when the game is released. The game seems to be evolving into a Twist-intended Triple-A game that is free to play.

When you play the game on the Xbox Series X you can choose between 4K, High Fidelity mode, and Performance mode. The latter will enable 4K at 120fps and feature dynamic resolution to ensure that the frame rate remains at its highest level. We will inform you when we have new information about the game. You will also be able to customize your loadout with Battle Royale sounds, giving the title an interesting dynamic. According to their website, their goal is to create free-to-play PC and console games in AAA quality, and it looks like they are opting for the side of spectacle. Exomecha is due to be published in August 2021 on PC, Xbox One, and Xbox Series X / S.