Twitter witnesses yet another interminable flood of memes as TikTok went down for a while on Tuesday. The app stopped responding around the afternoon. Most users found it difficult to watch videos, comment, or like. They also weren’t able to upload any videos at the time of the outage. Soon enough users took to Twitter to commence the deluge of memes and jokes which has become a sort of ritual these days. Whatever happens, the next reaction always comes in the form of memes that are high on humor and sarcasm. And it cannot be denied that some of the memes really crack you up. 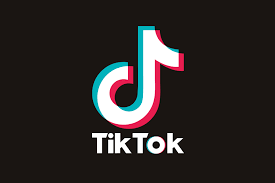 Memes On The Rise As TikTok Goes Down

TikTok is a quite popular app that is a perfect solution for the boredom and monotony that comes with being stuck at home during the pandemic. Perhaps that is one reason why people go into a frenzy when any of the apps go down. Because the same reactions followed when YouTube and Facebook went down not so long ago much to the chagrin of the users. Apparently, boredom follows the same rule as gravity. There will always be an opposite reaction, only that it will be in the form of memes. Well, it is much similar to gravity in the sense that these memes keep people ‘grounded’ and sane. And as is evident, when something goes down, particularly when it is an app, people fast-forward through the stages of grief ending up at a distressing acceptance that is equal parts anger and equal parts sarcasm.

Here are some of the best reactions from Twitter following the widespread outage of the app on Tuesday.

Sad that people always suspect good old wi-fi every time something goes down.

us trying to turn our wifi and cellular data off to see if it will make tiktok work: #tiktokdown pic.twitter.com/9hRkmGhe2G

Grief comes in all forms and shapes.

Me seeing that my fyp has turned into straight TikTok #tiktokdown pic.twitter.com/qA3zCQHMCi

Well, one should never give up. And opening the app, again and again, is just like pinching yourself to make sure that you aren’t dreaming.

Shared grief is always better after all.

Even an actual farewell wouldn’t be this tear-soaked.

I was on straight tiktok for like 2 minutes and now I get it why so many people hate that app#tiktokdown pic.twitter.com/yGO5L2C22Q

For some brilliant souls, there are other things to worry about when the app stops responding.

Me going on TikTok thinking they finally banned me #tiktokdown pic.twitter.com/7EvZbb5f3L

While most people were concerned about TikTok not working right, Indians had a whole different matter to be sad about.

People are going crazy about tiktok not working properly for few hours, in India it’s banned and we can’t even use it since a year 😂 #tiktokdown pic.twitter.com/iiDHrqw1Uu

Sometimes you gotta trust your phone and wi-fi. They aren’t always the culprits.

When you think your phone has a problem , your wifi has problem ..but its the app . Whats going on?!? #tiktokdown pic.twitter.com/mpoWYnYtZj

It is not every day that you wake up and see the number of your followers hitting a huge zero. It’s not that you are going down, it’s only the app letting you down.